REBT Is Deeper than CBT, CT, & Other Theories

REBT practitioners are encouraged to read Not.

“Your parents, friends, and culture often encouraged you to damn yourself, others, and the world. In spite of your biology, your family, and your culture you don’t need to stupidly disturb yourself.” —Albert Ellis

REBT Is Deeper for 7 Philosophical Reasons: 7 of the 10 Reasons

“It’s in our biological and learned nature for people to fall back to their dysfunctional beliefs all their lives and not to be completely rational or functional.” —Albert Ellis, All Out!, p. 549

A = client receives a compliment.

B = client discounts and denies the compliment.

REBT Is Also Deeper Because of its Emotional Realism

“REBT’s Insight No. 1 holds that you have both healthy and unhealthy emotions.” ―Albert Ellis, How To Stubbornly Refuse To Make Yourself Miserable About Anything–Yes, Anything!

REBT Is the Deepest Therapy: 10 Reasons 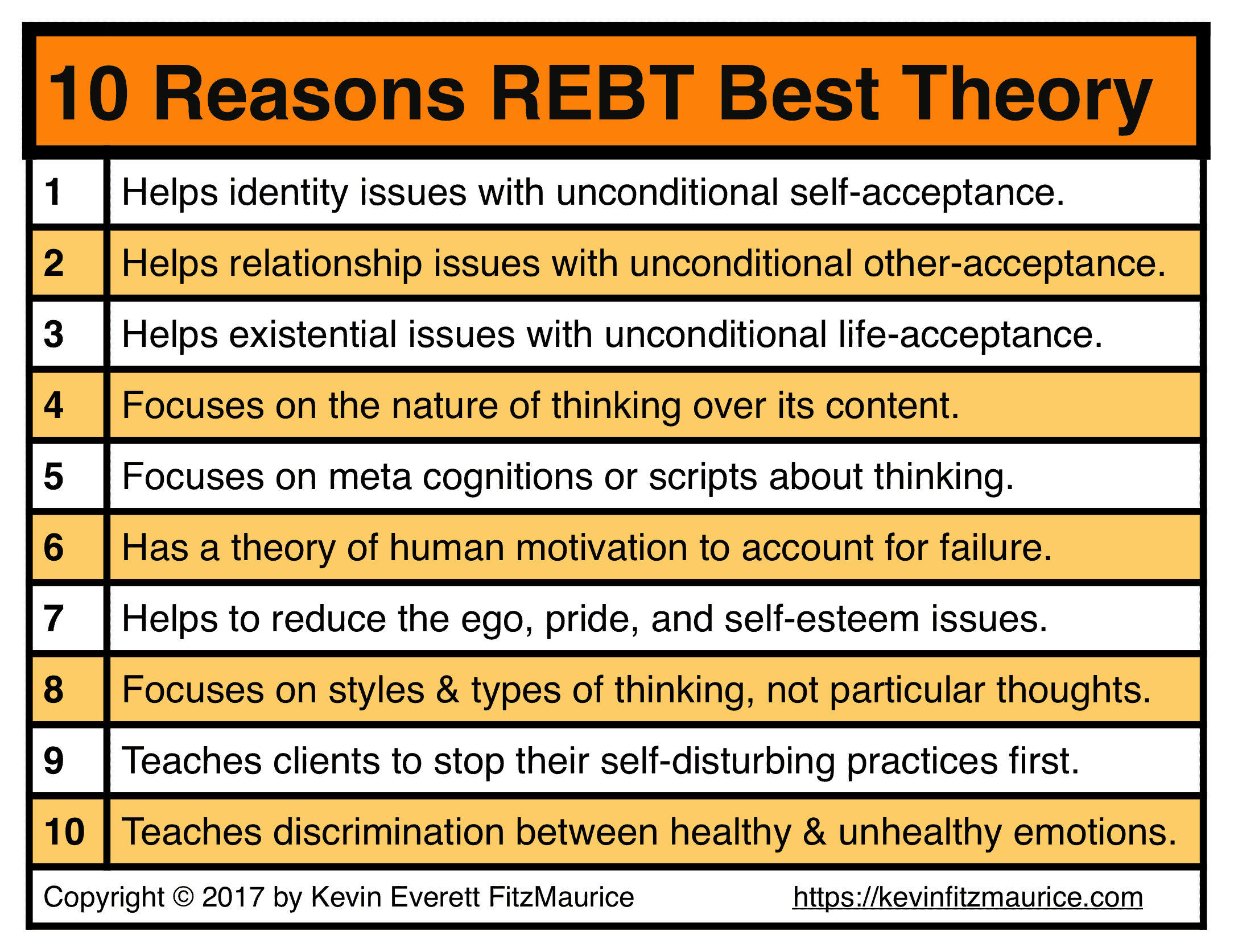 REBT IS INTEGRATIVE, NOT ECLECTIC

“Happiness does not depend on outward things, but on the way we see them.” —Leo Tolstoy

“The character of a person is determined by how they respond internally regardless of external forces.” —Kevin Everett FitzMaurice