Albert Ellis’s 10 Irrational Beliefs Are Presented as “Must” Scripts

REBT Must Scripts that Can Control Your Life 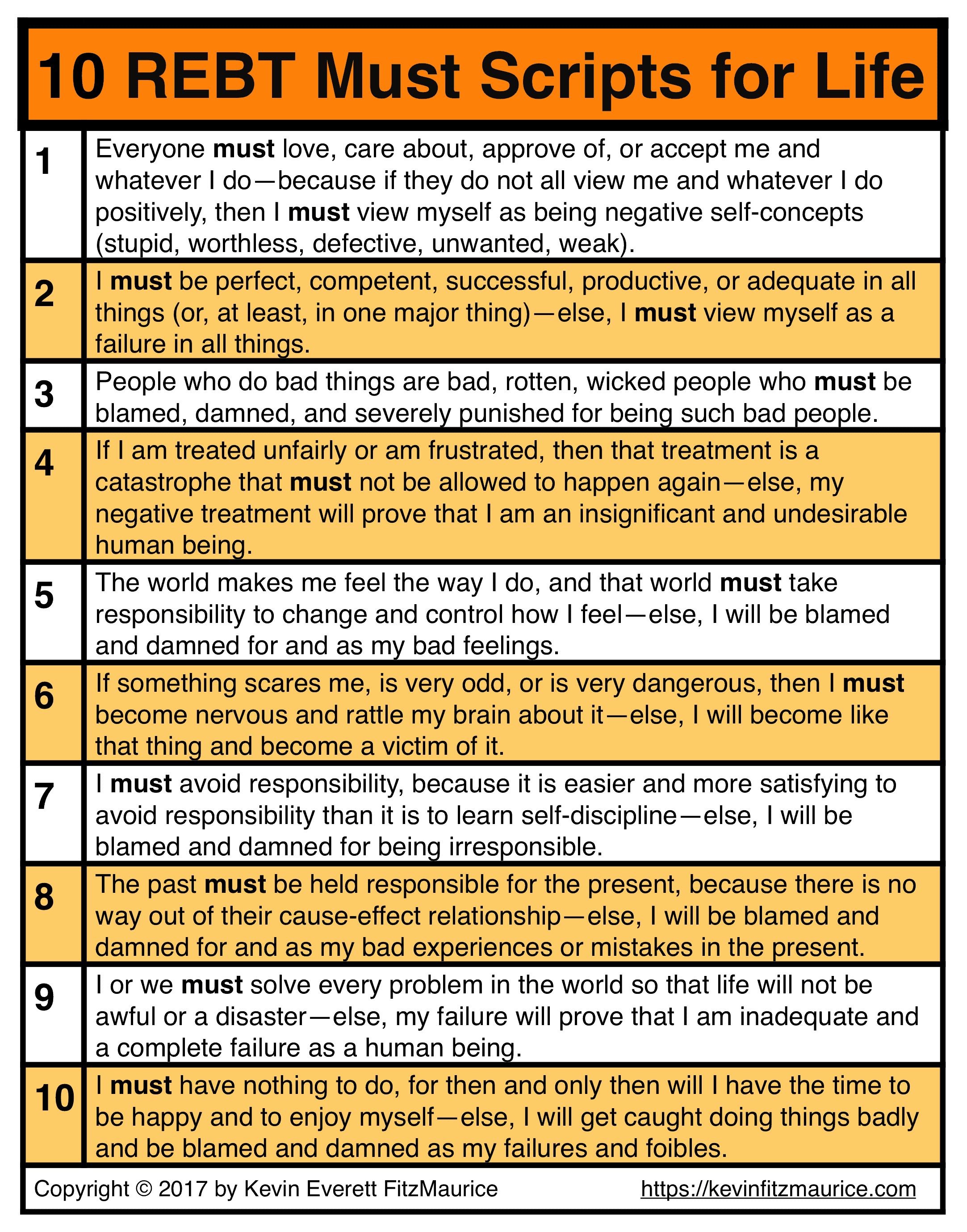 “Hell, there are no rules here—we’re trying to accomplish something.” —Thomas Edison

“In all things have no preferences.” —Miyamoto Musashi

“Life is under no obligation to give us what we expect.” —Margaret Mitchell

“The greatest explorer on this earth never takes voyages as long as those of the man who descends to the depth of his heart.” —Julien Green

“When receiving correction, the wise seek to learn and the fool seeks to justify with excuses.” —Kevin Everett FitzMaurice