Move From Two-Valued to Four-Valued Thinking

“Don’t ask why the patient is the way he is, ask for what he would change.” —Milton Erickson 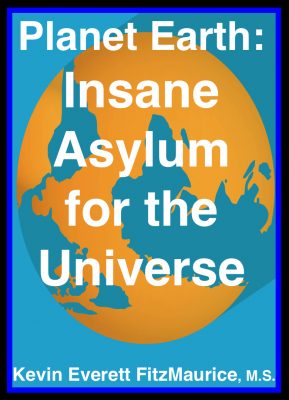 The Following Text Comes from The Seventh Way: How to Live Beyond Self-Concepts

One of the greatest and most reliable truths in the world to test spirits with, to make judgments with, to guide your thinking with is that it is not ‘what’ but ‘how’ that matters, that counts in the end.

We can have pure hate of evil, or we can have a hate of our neighbor. In the first case, there is no evil as we are hating evil in purity, just as one must hate to be in a car accident in order to avoid one. In the second instance, the hate is of our neighbor and is filled with lies, with unclean self-concepts, and is thus sin against them, us, and God.

Principally, we need to use this concept to help us to stop judging our self and to limit our judgments to our behavior. Just as a car is not the motion of driving or any of its potential or actual driving maneuvers or movements, we too are not the actions we perform, but, rather, that which performs them. We and the car are the ‘what’, and our and the car’s actions are the ‘how’. The car is the thing itself, while its behaviors are not even attributes, but only abilities and performances. It is the ‘how’, as always, that we need to judge and not the ‘what’.

Judge the behavior and stop there. But we don’t, we judge the self that did the behavior with the same judgment. Are we, is our being the same thing as our actions? When we wave our hands in the air, are we the motion of our arms? If when we walk and we take a left turn, are we that turn? Is the car its speed? Stop the judgment after and with the behavior, and you will stop sinning.

One example of our need for both the concepts ‘how’ and ‘opposites’ is the case of what we call cause and effect thinking. This is a dualistic process, and like all such knowledge is misunderstood as two distinct parts, that is, the cause is misunderstood as one completely separate thing, and the effect as another completely separate event. The fact is that they are both one. This misunderstanding has led to our thinking and judging that if we can eliminate a cause then the effect of that cause will disappear. The effects remain, of course, and even seek out and try to reinitiate the cause so as to sustain themselves.

Cause and effect thinking imagines a one-to-one correspondence between the cause and the effect, not realizing that there is the possibility for different effects with the same cause based solely on how the cause is executed. For example, neither sex nor punishment is wrong, but how they are executed can be.

Cause and effect are a duality, and we can work on one half of the duality at a time. But changing one half will not necessarily change the other half. In some rare cases, we have proceeded to work on only one half of the duality and have also managed, unknowingly, to also work on the other half. These are our experiences of success when working with cause and effect analysis. If we do change just one half then either half can change the other. And what is most likely is that the unchanged half will change the changed half back into the way it was before it was changed.

It has appeared to some that will, belief, desire, ambition, pursuing, wanting, reaching, striving, becoming, control, achievement, thought, the mind, passion, and/or other inner activities are ‘the’ problem. But, they are only the problem when they are self-concept-based. Even right belief in the mouth of self-concepts is evil. How are these things done? Are they done by self-concepts? Then the answer is they are wrong. Are they done by and with a pure heart? Then the answer is they are right and good. To judge a thing, ask not just what the thing is, but also how it is done.

Emotionally ‘how’ is certainly primary to ‘what’, but ‘why’ is primary to ‘how’. That is, as Nietzsche said, if we have a ‘why’ then we can put up with any ‘how’. If God is our ‘why’ then the ‘what’ of death and the ‘how’ of torture are bearable. But, intellectually, verbally, mentally the order is completely reversed. First, we need to know “what” before we can know “how,” and we need to know “how” before we can know or determine “why”.

As was discussed in “Self-Concept: The Enemy Within,” the basic unit of thought is a judgment that leads to one of two choices. We can call this nature of thought an either/or process, a yes/no process, a simple two-valued system, or compare it to a computer program decision or testing point before a branch. Most of our thinking is limited to the beginning and ending with one either/or test.

When we incorporate the ‘how’ question into all of our reasoning, we develop our thinking up and down to a four-valued system. This is so because, for every answer to an either/or question, we then ask how it was, is done before classifying it. Thus, every either/or response leads to another either/or response about itself, forcing us always to evaluate to the fourth level, rather than to only the second level as with normal simplistic thinking.

Honestly examine your thinking, and you will find that you have basically two possibilities for outcomes whenever you are questioning, analyzing, testing, etc. (Of course, you can then quickly use another either/or to create more possibilities, but the point is that at each step along the way, of even infinite choices, we use a two-valued system instead of the more accurate four-valued system.)

If you train yourself to always add the ‘how’ factor then you will always have four possible outcomes instead of the usual two. A simplistic two-valued system will examine only the referents (things) and their operations (actions), whereas our four-valued system will examine our system of evaluation as well. We then move from focusing only on the ‘what’ of correct thinking to also include the ‘how’ of correct thinking.

Unfortunately, the ‘how’ of thinking is virtually both untaught and unknown. We have become fairly expert in determining the things and actions that we are talking or thinking about, but we have no concomitant awareness of the process of our examination, of our ‘how’, of our method, of our believing, or of our interpreting. The two-valued system leaves out the person who is doing the thinking, while the four-valued system incorporates the human part as a real and significant part of correct thinking.

Never ask ‘what’ unless you intend to and do ask ‘how’ once you have your ‘what’. These two questions should always go hand in hand, with ‘what’ occurring and being answered fully first. After ‘how’ has also been satisfied, then and only then is it appropriate to also ask ‘why’. Of course, since we are not perfect thinkers, the answers to the new questions will often impact and change the answers to the previous questions. Be open to this, but don’t let it stop you from answering in the first place. Correction is good and ennobling, but what can be corrected and how can it be corrected if we fail to proceed for fear of error?

Our four-valued method of thinking leads to possibilities, options, openness, examination of the facts, concern for the empirical reality, consideration for the situation, examination of the context, awareness of the extenuating circumstances, and thereby to an infinite-valued system as no two situations are ever alike. It deals head-on with the fact that sensation is dynamic and thought is static.

The means don’t justify the ends, they are the ends. Thus how we do a thing is far more important than the thing we do. If you want to know the end of a thing then know its beginning.

Ecclesiastes 3:1 “To every thing there is a season, and a time to every purpose under the heaven:”

Zen story about being stuck on the question “why.”

Once there was a general sitting on top of a hill surrounded by an elite guard. As he observed the progress of the battle, a stray arrow struck him in the chest. When his physician came to pull out the arrow and tend to his wounds, the general said, “First let me find out who shot me, then you can take out the arrow.”

Parable circulating in 12-step groups on the consequences of asking “why.”

FitzMaurice’s analogy about asking “why.”

Quotations from Kevin on Questions

“Answers to ‘why’ are often just an escape from the whirlpool effect of ‘why.'” —Kevin Everett FitzMaurice

“If we waited until we knew why the universe existed, there would be no astronomy.” —Kevin Everett FitzMaurice

“If we waited until we knew why matter existed, there would be no physics.” —Kevin Everett FitzMaurice

“If we waited until we knew why the exchange of electrons gave off energy, there would be no electricity.” —Kevin Everett FitzMaurice

“‘What’ is for data collection and ‘how’ is for analysis of the patterns of the data collected. But ‘why’ is for dreaming.” —Kevin Everett FitzMaurice

“‘Why’ is a witch hunt.” —Kevin Everett FitzMaurice

“‘Why’ is the luxury of leisure but ‘what’ and ‘how’ are the tools of work.” —Kevin Everett FitzMaurice

“‘Why’ is the merry-go-round of procrastinators.” —Kevin Everett FitzMaurice