Solution to Problem of Messenger & Message

1. Theoretical understanding of the idea.

2. Personal understanding of the idea.

Justly or Fairly Examining an Idea Requires the Absence of Influence

8 Levels of Intention in Communication 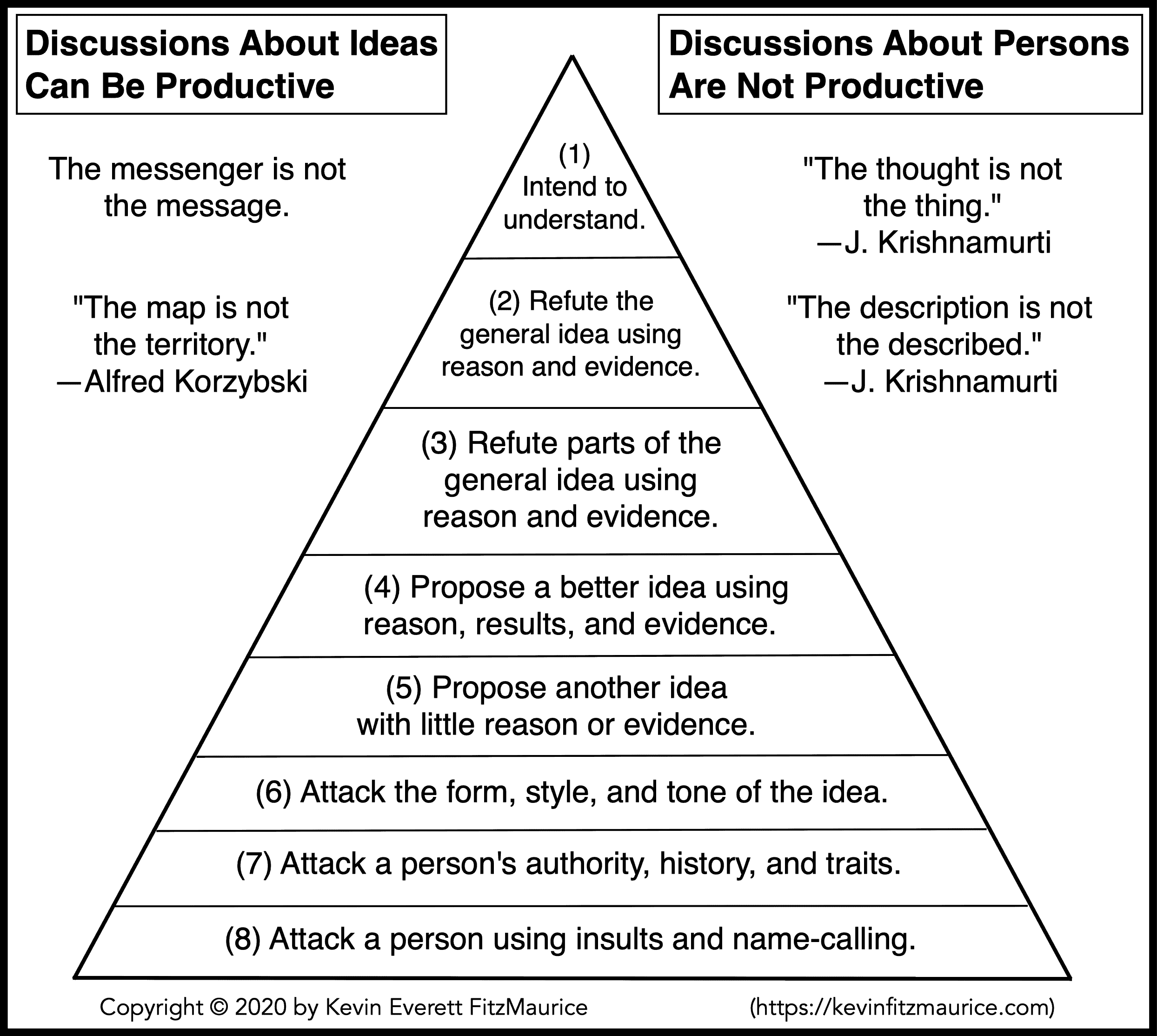 “I am certainly wiser than this man. It is only too likely that neither of us has any knowledge to boast of; but he thinks that he knows something which he does not know, whereas I am quite conscious of my ignorance. At any rate it seems that I am wiser than he is to this small extent, that I do not think that I know what I do not know.” —Socrates, in Plato’s Apology

“I have the ability to be but not to know or do.” —Kevin Everett FitzMaurice

“Learn to say ‘I don’t know.’ If used when appropriate, it will be often.” —Donald Rumsfeld

“Not knowing anything is the sweetest life.” —Sophocles, Ajax

“One of the best ways to ensure the spreading of a message you hate is to kill the messenger.” —Kevin Everett FitzMaurice

“The novice who knows he is just that, has a small amount of wisdom. But the novice who thinks he is wise, is a fool.” —Dhammapada: The Novice, verse 63