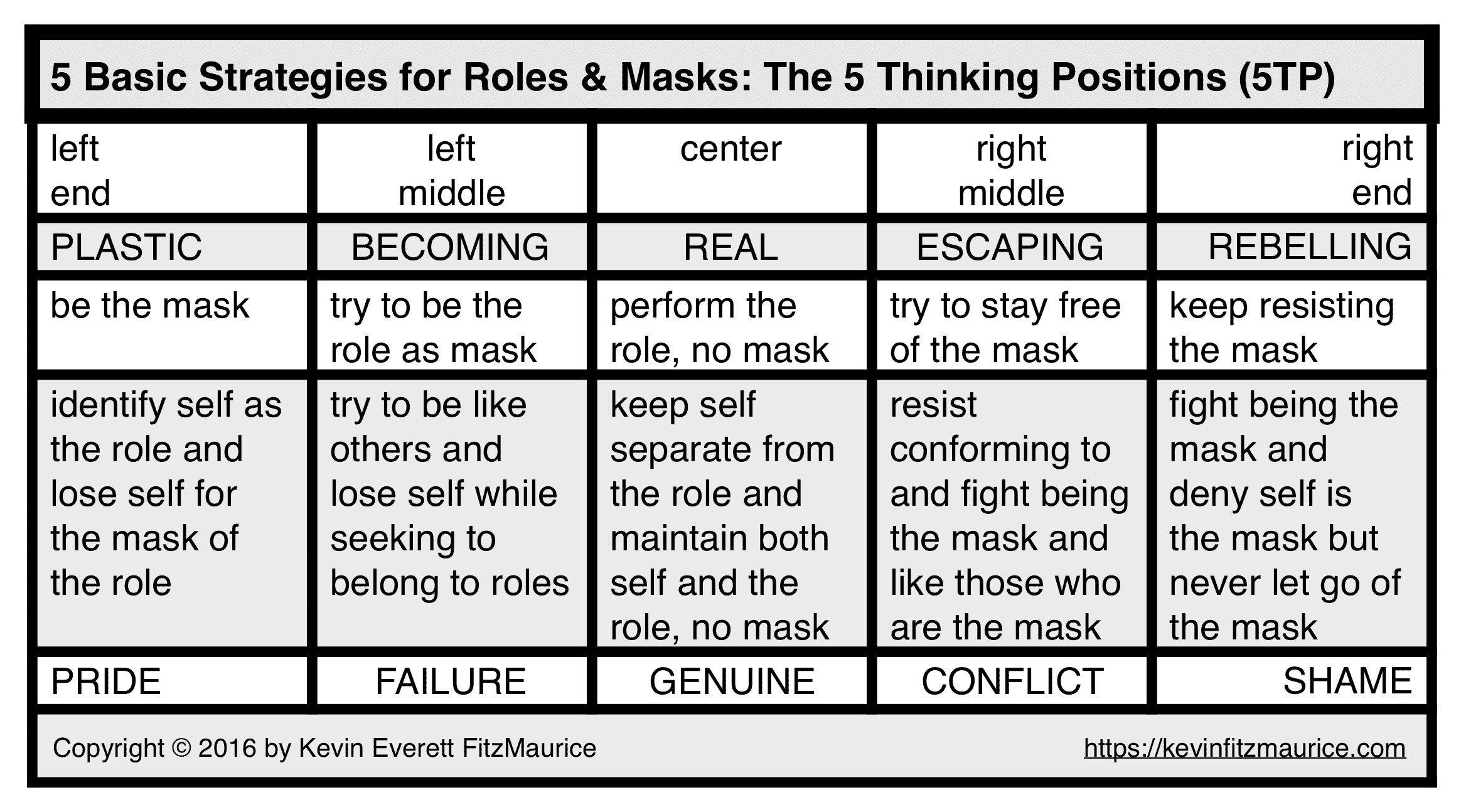 Roles As Masks Replace Self

“The greatest way to live with honor in this world is to be what we pretend to be.”—Socrates

A mask is either a role that you hide behind or a role that you fight being. When you identify with a mask, you seek to be known as the mask instead of as your self. Masks are phony because you identify with the mask and want others to identify you with the mask when you are not the mask. When you resist being a mask, you are fighting a false battle as you think you have to fight from being a mask or all masks when you do not. No one can be a mask.

We often mistake people for their roles and so create the fiction of people being masks. But no one has ever been or ever will be a mask or a role though they perform the role a lot of the time. Your feelings, thoughts, behaviors, and experiences come and go but you remain and therefore you are not them.

Masks divide self from self. Masks are the device of the phony. Masks are a pretense. Masks are lies. For instance, beware those who smile all the time as they are hiding their real intentions and will likely stab you in the back when they get the chance.

Split role-awareness is what happens when you give your other-attention to the appearance of a role you are playing so that you can watch to see if you are successfully performing it. And you give your self-attention to thoughts of what the role is in order to better become the role.

This division is experienced many ways including as conflict and the GAADSAP emotions: guilt, anxiety, attached, depression, shame, anger, pride. Bad actors in movies and plays make this mistake frequently.

When you have performed, practiced, studied, and had experience successfully performing a role—then it is natural to have confidence that you can and will perform that role successfully.