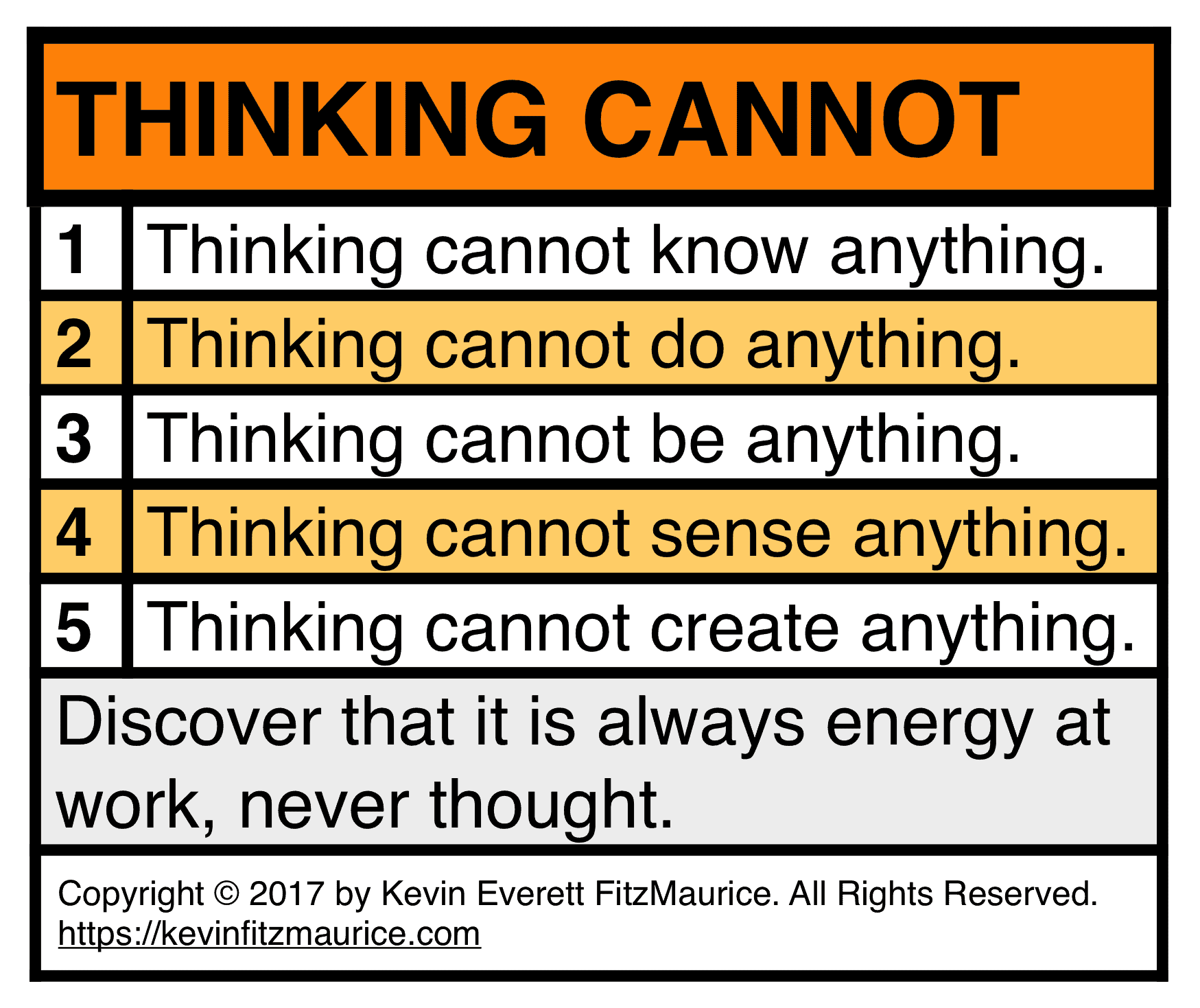 “A book gives knowledge, but it is life that gives understanding.” —Jewish proverb

“A thousand words will not leave so deep an impression as one deed.” —Henrik Ibsen

“A system of morality which is based on relative emotional values is a mere illusion, a thoroughly vulgar conception which has nothing sound in it and nothing true.” —Plato, Phaedo

“A work prospers through endeavors, not through vows.” —Hitopadesha

“All that glitters is not gold.” —Aphorism

“All that we see or seem is but a dream within a dream.” —Edgar Allan Poe

“An experience is worth a thousand pictures.” —Kevin Everett FitzMaurice

“As was his language so was his life.” —Seneca

“As we express our gratitude, we must never forget that the highest appreciation is not to utter words, but to live by them.” —John F. Kennedy

“But this knowledge has lost compassion and grown disgusted with itself. It has forgotten about silence and emptiness.” —Rumi

“By plucking her petals, you do not gather the beauty of the flower.” —Rabindranath Tagore

“Common sense is not so common.” —Voltaire

“Do not say, ‘It is morning,” and dismiss it with a name of yesterday. See it for the first time as a newborn child that has no name.” —Rabindranath Tagore

“Every way of classifying a thing is but a way of handling it for some particular purpose.” —William James

“Everything is made of water.” —Thales of Miletus

“Everything we hear is an opinion, not a fact. Everything we see is a perspective, not the truth.” —Marcus Aurelius

“Eyesight is a better witness than hearing.” —Heraclitus

“First learn the meaning of what you say, and then speak.” —Epictetus

“Go live in the deep sea since you think the sea is only waiting for you to think that the sea is a human habitat thus making it so.” —Kevin Everett FitzMaurice

“Good instincts tell you what to do long before your head has figured it out.” —Michael Burke

“He who knows does not speak. He who speaks does not know.” —Lao Tzu

“If the Martians ever find out how human beings think, they’ll kill themselves laughing.” —Albert Ellis

“It’s not what you look at that matters, it’s what you see.” —Henry David Thoreau

“Language does not touch the one who lives in us.” —Rumi

“Metaphors mentioning the moon have no effect on the moon.” —Rumi

“No human thing is of serious importance.” —Plato

“No one desires, wants, and wishes as purely or as strongly as a little child for that special Christmas present, but the so-called law of attraction typically fails to hear them.” —Kevin Everett FitzMaurice

“Nothing worth knowing can be understood with the mind.” —Woody Allen, Manhattan

“Now Tao by its very nature can never be defined.” —Chung Tzu

“One man practicing sportsmanship is far better than a hundred teaching it.” —Knute Rockne

“Only words and conventions can isolate us from the entirely undefinable something which is everything.” —Alan Watts

“Parts exist only for purposes of figuring and describing, and as we figure the world out we become confused if we do not remember this all the time.” —Alan Watts

“Postmodernists say, on the one hand, that all value judgments are relative but, on the other hand, that some things must be changed while others should not exist at all. This contradiction escapes them.” —Kevin Everett FitzMaurice

“Revere those things beyond science which really matter and about which it is so difficult to speak.”―Werner Heisenberg

“Stop talking about it and do something.” —Aphorism

“Talking about it doesn’t get it done.” —Aphorism

“The battle plan is not the battle.” —Kevin Everett FitzMaurice

“The best and most beautiful things in the world cannot be seen or even touched – they must be felt with the heart.” —Helen Keller

“The correct way of living is not found simply by discussing the theory of it. Even without study, you can experience it, but you have to live it.” —Dhammapada: A Proper Life, verse 259

“The mind’s job is to validate what it thinks.” —Byron Katie

“The pieces of a chariot are not a chariot” — Lao Tzu, Tao Te Ching (39), translated by VJ Henry

“The purpose of words is to convey ideas. When the ideas are grasped, the words are forgotten. Where can I find a man who has forgotten the words? He is the one I would like to talk to.” —Chuang Tzu

“The real problem is not whether machines think but whether men do” —B. F. Skinner

“The reality we can put into words is never reality itself.”―Werner Heisenberg

“The river you see today is gone tomorrow; despite this, you look tomorrow and see it again.” —Kevin Everett FitzMaurice

“The smallest act of service is worth more than the grandest intention.” —Oscar Wilde

“Therefore that knowledge which stops at what it does not know, is the highest knowledge.” —Chung Tzu

“They said they would but it was just words.” —Common expression

“To be truly happy and contented you must let go of the idea of what it means to be happy or contented.” —Confucius

“Unless these words fill with nourishment from the unknown, they will stay empty.” —Rumi

“Wanting something does not equate with getting it.” —Kevin Everett FitzMaurice

“We have to remember that what we observe is not nature in itself but nature exposed to our method of questioning.” ―Werner Heisenberg

“We know hardly anything adequately, few things a priori, and most things through experience.” ―Gottfried Wilhelm Leibniz

“We need silence to be able to touch souls.” —Mother Teresa

“We shall soon be in a world in which a man may be howled down for saying that two and two make four, in which people will persecute the heresy of calling a triangle a three-sided figure, and hang a man for maddening a mob with the news that grass is green.” —G. K. Chesterton

“What we cannot speak of, we must pass over in silence.” —Ludwig Wittgenstein

“What you do speaks so loudly that I cannot hear what you say.” —Ralph Waldo Emerson (paraphrased)

“Whatever-I-know is not God and whatever-I-conceive is not God.” —Nikolas von Kues

“When constructivists can think rocks into gold then we should consider their theories and methods.” —Kevin Everett FitzMaurice

“When the intellects contemplate God’s essence, their apprehension turns into incapacity.” —Maimonides

“When you get to your wit’s end, you will find, God lives there.” —Author Unknown

“Why should we care about what anyone wants since all wants are relative and subjective unless there is a system of virtue that is eternal?” —Kevin Everett FitzMaurice

“You can jump from the Empire State Building and imagine a soft landing, but you will be dead just the same.” —Kevin Everett FitzMaurice

“You can play on the highway and redefine it as a playground, but you will just get run over.” —Kevin Everett FitzMaurice

“You can reframe or rename New York City as a desert, but it will not then become a desert.” —Kevin Everett FitzMaurice

“You can’t judge a book by its cover.” —Proverb

“You observed whatever you are speaking about and so changed it by observing it; therefore, whatever you are speaking about is not what you say it is, but only it changed by your observation. Neither will it be what I observe it to be after you, because it will be changed by my observation of it too. Thinking such as this is based upon Postmodernism and is the cause of the death of legitimate science and observation.” —Kevin Everett FitzMaurice

“Your body does not eliminate poisons by knowing their names. To try to control fear or depression or boredom by calling them names is to resort to superstition of trust in curses and invocations.” —Alan Watts

Many Names for Constructivism

An anecdote about Abraham Lincoln