Quotations on anger that explain why anger is your enemy and the destroyer of your life. Stop protecting your enemy from justice.

“Whoever grows angry amid troubles applies a drug worse than the disease and is a physician unskilled about misfortunes.” —Sophocles

“Anger and meanness fail because they are a form of no-ting, of suppressing a negative reality and thereby focusing on, feeding, and increasing that negative reality.” —Kevin Everett FitzMaurice

Anger Can Be Understood As a Form of No-ting

“A fool’s wrath is presently known: but a prudent man covereth shame.” —Proverbs 12:16

“A good man’s anger lasts an instant, a meddling man’s for two hours, a base man’s a day and night, a great idiot’s until death.” —Indian proverb

“A man has no more character than he can command in a time of crisis.” —Ralph W. Sockman

“A quick temper will make a fool of you soon enough.” —Bruce Lee, Martial Arts Innovator

“Acting mean to mean people proves you are one of them just with a different set of excuses.” —Kevin Everett FitzMaurice

“An outside enemy exists only if there is anger inside.” —Thubten Zopa Rinpoche

“And therefore it is said that one who argues does so because he cannot see certain points.” —Chung Tzu

“Anger and meanness fail because they are a form of no-ting, of suppressing a negative reality and thereby focusing on, feeding, and increasing that negative reality.” —Kevin Everett FitzMaurice

“Anger corrupts, as weeds choke a field. Be free of anger, and honor those who are also free.” —Dhammapada: Desires, verse 357

“Anger is a punishment we give ourselves for somebody else’s mistake.” —Buddhist saying

“Anger is blindness, and does not suffer one to see the face of any man with truth.” —The Testament of the Twelve Patriarchs

“Anger is fire in the mind burning up the forest of your merits and blessings. If you want to walk in the path of the bodhisattvas, endure insults and guard your mind against anger.” —Han Shan

“Anger is like drinking salt water for thirst; it only increases the thirst.” —Caine, Kung Fu, television show

“Anger is like those ruins which smash themselves on what they fall.” —Seneca

“Anger is never without reason, but seldom with a good one.” —Benjamin Franklin

“Anger is often a response to losing power; for example, loud noises can take your power over your attention, and people often yell about loud noises without noticing the irony.” —Kevin Everett FitzMaurice

“Anger is the only negative emotion that people all over the world usually want to keep.” ―Albert Ellis, How To Control Your Anger Before It Controls You

“Anger is throwing dust into the wind only for it to return to hurt your eyes.” —Kevin Everett FitzMaurice

“Anger simply shows that something in you is hurt, some wound is there.” —Osho

“Any person capable of angering you becomes your master; he can anger you only when you permit yourself to be disturbed by him.” —Epictetus

“Anybody can become angry — that is easy, but to be angry with the right person and to the right degree and at the right time and for the right purpose, and in the right way — that is not within everybody’s power and is not easy.” —Aristotle

“As human beings we need to assess whether anger has any value—it destroys our peace of mind. Compassion, on the other hand, brings optimism and hope.” —Dalai Lama

“As the sense of pain is a characteristic of weakness, so also is anger.” —Marcus Aurelius

“Be slow to anger, slow to blame, And slow to plead thy cause. But swift to speak of any gain That gives thy friend applause.” –Mary Whitcher, Shaker member

“Before you embark on a journey of revenge, dig two graves.” —Confucius

“Cease from anger, and forsake wrath: fret not thyself in any wise to do evil.” —Psalms 37:8

“Consider how much more pain is brought on us by the anger and vexation caused by such acts than by the acts themselves, at which we are angry and vexed.” —Marcus Aurelius

“Dearly beloved, avenge not yourselves, but rather give place unto wrath: for it is written, Vengeance is mine; I will repay, saith the Lord.” —Romans 12:19

“Dhyana is retaining one’s tranquil state of mind in any circumstance, unfavorable as well as favorable, and not being disturbed or frustrated even when adverse conditions present themselves one after another.” —Daisetz T. Suzuki

“Don’t give in to anger under any circumstances.” —Dhammapada, Anger, verse 222

“Even the Divine Presence is unimportant to an angry man.” —Talmud, Nedarim

“For every minute you are angry you lose sixty seconds of happiness.” —Ralph Waldo Emerson

“For the wrath of man worketh not the righteousness of God.” —James 1:20

“From cities stormed and battles won—What glory can accrue?—By this the hero best is known:—He can himself subdue—Wisest and greatest of his kind—Who can in reasons fetters bind—The madness of his angry mind.” —George Frideric Handel, Saul Oratorio, 1740

“Hatred stirreth up strifes: but love covereth all sins.” —Proverbs 10:12

“Hatreds do not ever cease in this world by hating, but by love; this is an eternal truth.” —Dhammapada,1:5

“He who angers you conquers you.” —Elizabeth Kenny

“Holding on to anger is like grasping a hot coal with the intent of throwing it at someone else; you are the one getting burned.” —Buddha

“How much more damage anger and grief do than the things that cause them?” —Marcus Aurelius

“Human anger is fueled by the selfish self, futilely striving for happiness by pursuing what it wants, avoiding what it fears, and asserting, promoting, and defending itself.” —Ron Leifer

“If anger is not good for a baby, then why is anger good for anyone?” —Kevin Everett FitzMaurice

“If someone can anger you, then they can control your heart.” —Kevin Everett FitzMaurice

“If you are maligned by the world, do not harbor bad thoughts against it.” —Sammaparibbajaniya Sutta

“If you are patient in one moment of anger, you will avoid one hundred days of sorrow.” —Chinese proverb

“It is easier to swallow angry words than to have to eat them.” —Unknown

“It is essential to become fully aware of the feelings of frustration, vulnerability, helplessness, and fear. Anger involves the denial of these feelings. Healing anger requires opening to them, becoming aware of them.” —Ron Leifer

“It is wise to direct your anger towards problems—not people; to focus your energies on answers—not excuses.” —William Arthur Ward

“No man can think clearly when his fists are clenched.” —George Jean Nathan

“Nothing can provoke one’s anger if one does not add to one’s pile of troubles by getting angry.” —Seneca

“Of ill-temper, there are three kinds: irascibility, bitterness, sullenness. It belongs to the ill-tempered man to be unable to bear either small slights or defeats but to be given to retaliation and revenge, and easily moved to anger by any chance deed or word. Ill-temper is accompanied by excitability of character, instability, bitter speech, and liability to take offense at trifles and to feel these feelings quickly and on slight occasions.” —Aristotle, Virtues and Vices

“Overcome anger by love, overcome evil by good. Overcome the miser by giving, overcome the liar by truth.” —Dhammapada,17:3

“Patience is never more important than when you are at the edge of losing it.” —O. A. Battista

“Quarrels never could last long, if on one side only lay the wrong.” —Benjamin Franklin

“Resolve to dismiss thy judgment about an act as if it were something grievous and thy anger is gone.” —Marcus Aurelius

“Speak when you are angry and you will make the best speech you will ever regret.” —Ambrose Bierce

“The fool gets angry. The wise person understands.” —Indian proverb

“The greatest remedy for anger is delay.” —Seneca

“The mind is never right but when it is at peace with itself.” —Seneca

“The more arguments you win, the less friends you have.” —American proverb

“The next time you feel angry, try to become aware of some of the physical sensations and changes that are occurring in your body. Remember that physical reactions accompanying your chronic anger can lead to damage, illness, and possibly premature death.” —Albert Ellis

“The tyranny imposed on the soul by anger, or fear, or lust, or pain, or envy, or desire, I generally call ‘injustice.'” —Plato, Laws

“The way to change others’ minds is with affection, and not anger.” —Dalai Lama XIV

“Those who suffer from an exaggerated sense of their own ability and accomplishment are continually subject to frustration, disappointment, and rage when reality intrudes and the world doesn’t validate their idealized view of themselves.” —The Fourteenth Dalai Lama

“To be angry is to let others’ mistakes punish yourself. To forgive others is to be good to yourself.” —Master Cheng Yen

“To be angry is to revenge the faults of others on ourselves.” —Alexander Pope

“To be wronged is nothing unless you continue to remember it.” —Confucius

“To disagree, one doesn’t have to be disagreeable.” —Barry Goldwater

“We shall prevent ourselves from becoming angry if we repeatedly place before our yes all anger’s faults and from a proper judgment of it.” —Seneca

“We shouldn’t control anger, but destroy it entirely—for what control is there for a thing that’s fundamentally wicked?” —Seneca

“When a man has done thee any wrong, immediately consider with what opinion about good or evil he has done wrong. For when thou hast seen this, thou will pity him, and wilt neither wonder nor be angry.” —Marcus Aurelius

“When anger rises, think of the consequences.” —Confucius

“When faced with senseless drama, spiteful criticisms, and misguided opinions, walking away is the best way to stand up for yourself. To respond with anger is an endorsement of their attitude.” —Dodinsky

“When we act pugnaciously, and injuriously, and angrily, and rudely, to what level have we degenerated? To the level of the wild beasts. Well, the fact is that some of us are wild beasts of a larger size, while others are little animals, malignant and petty.” —Epictetus, Discourses

“When your heart begins to pound, your face gets hot, your thoughts race, your blood pressure skyrockets, and adrenaline surges through your body, you will seldom act in a rational way. Your rage may lead to a constant struggle to control your actions. Your fury itself may feel very uncomfortable and be a constant reminder that you are not dealing effectively with the world around you.” ―Albert Ellis, How To Control Your Anger Before It Controls You

“Who ranks as the highest? One who acts properly. A recluse who has a pure mind and a traveler who has renounced all. One who is never angry and who never responds to others’ anger.” —Dhammapada: The Highest, verses 388-389

“Whom the gods wish to destroy, they first make mad.” —Euripides, Antigone

“You can only be a ‘victim’ of yourself. It’s all how you discipline your mind.” —Epictetus 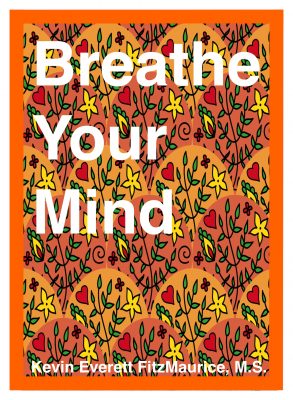