You Cannot Have Yin without Yang

“Within our impure mind the pure mind is to be found.” —Hui Neng

“The person attempting to travel two roads at once will get nowhere.” —Xun Zi 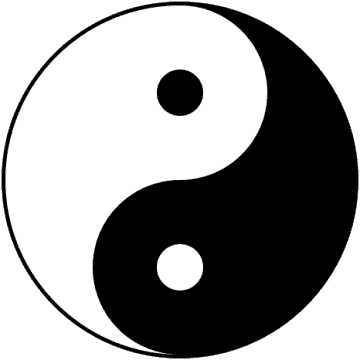 “Can a man cling to the positive without any negative in contrast to which it is seen to be positive? If he claims to do so he is a rouge or a madman.” —Chung Tzu