Say What You Thought, Not What They Did

“First, don’t interpret or add to what they said—just hear it and share it back.” —Kevin Everett FitzMaurice

Therefore, “I” messages are a lot less likely to be resented.

Therefore, “You” messages put the other person on the defensive.

“I” statements do not guarantee success, but they are your best chance of getting your message heard.

FIRST PART OF THE BASIC FORMAT

SECOND PART OF THE BASIC FORMAT

The second part is used to let the other person know what the event was that you are referring to.

The second part can contain a “you,” and it is the only one of the three parts that you should allow to contain a “you” when you are expressing hurt or angry feelings.

THIRD PART OF THE BASIC FORMAT

The third part is used to explain what you thought about the event, about what happened.

Answer this question for the third part: “What did the event mean to you?”

“I felt embarrassed and ashamed when you found typing errors on this webpage because I thought it meant that I was a fool and inadequate.”

Here is another format that you may prefer or find useful in some situations. In this system, you use four “I” messages in rapid succession.

The first message is used to state what it is that you are experiencing. You are relating to the other person as accurately a description of your physical experience as you can. You tell them just what you see, hear, taste, smell, and touch.

Table Version of Communicating with “I” Statements 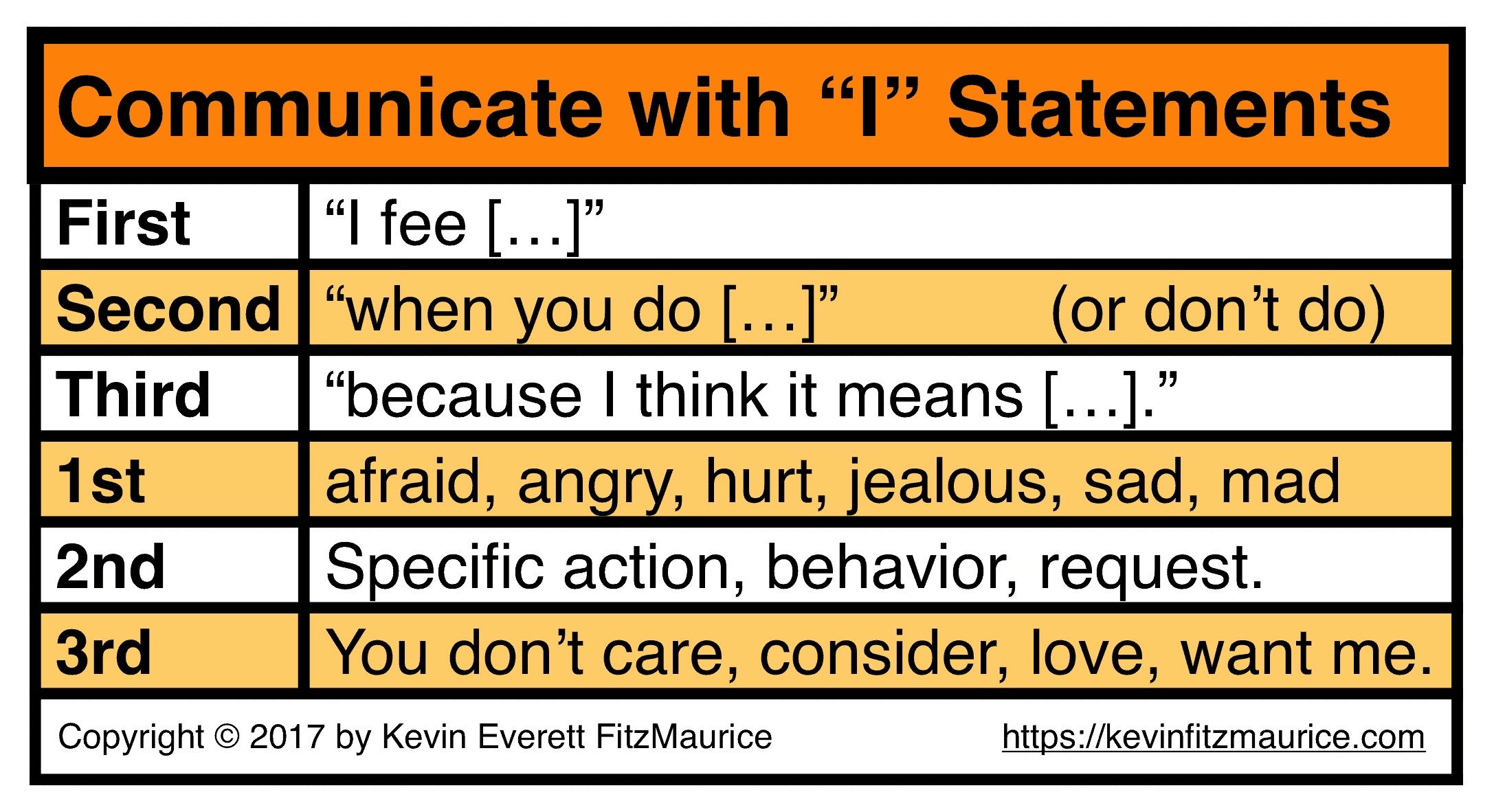 GOAL FOR “I” MESSAGES