50 Reasons Not to Defend or Attack Points of View

“And therefore it is said that one who argues does so because he cannot see certain points.” —Chung Tzu

50 Reasons Not to Argue Reality with Anyone

Seeking to Be Right Makes You Wrong 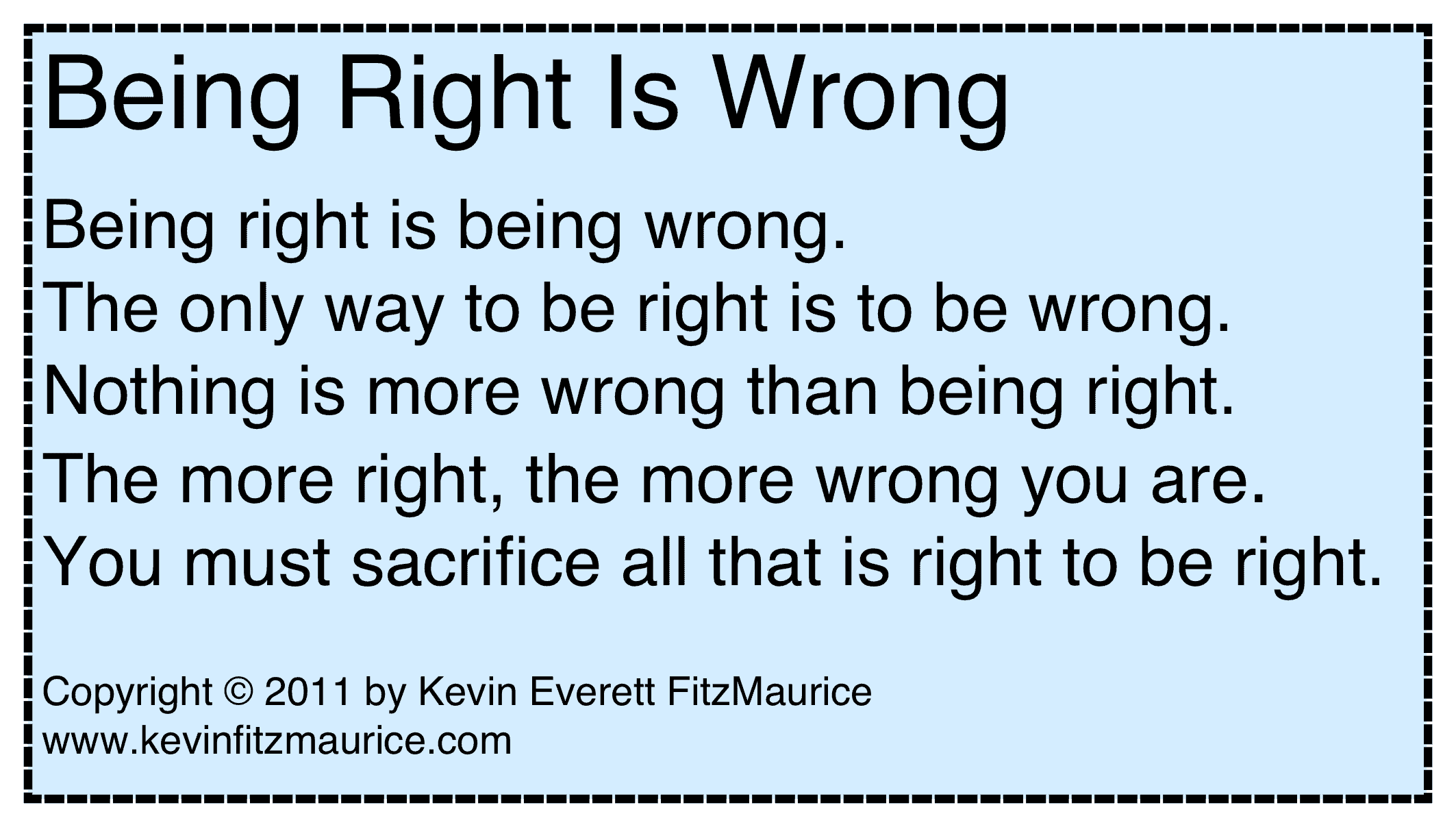 “Against criticism, a man can neither protest nor defend himself; he must act in spite of it, and then it will gradually yield to him.” —Johann Wolfgang von Goethe (1749-1832)