The Boss or Parent Who Argues Loses

“And of merchants’ indifferent selling; of much correction of children; and to make the side of an evil servant to bleed.” —Ecclesiasticus 42:5

“In disputes between parents and children, the children always get the upper hand.” —Achad Ha’am

10 Parenting Rules that Bosses Need Too 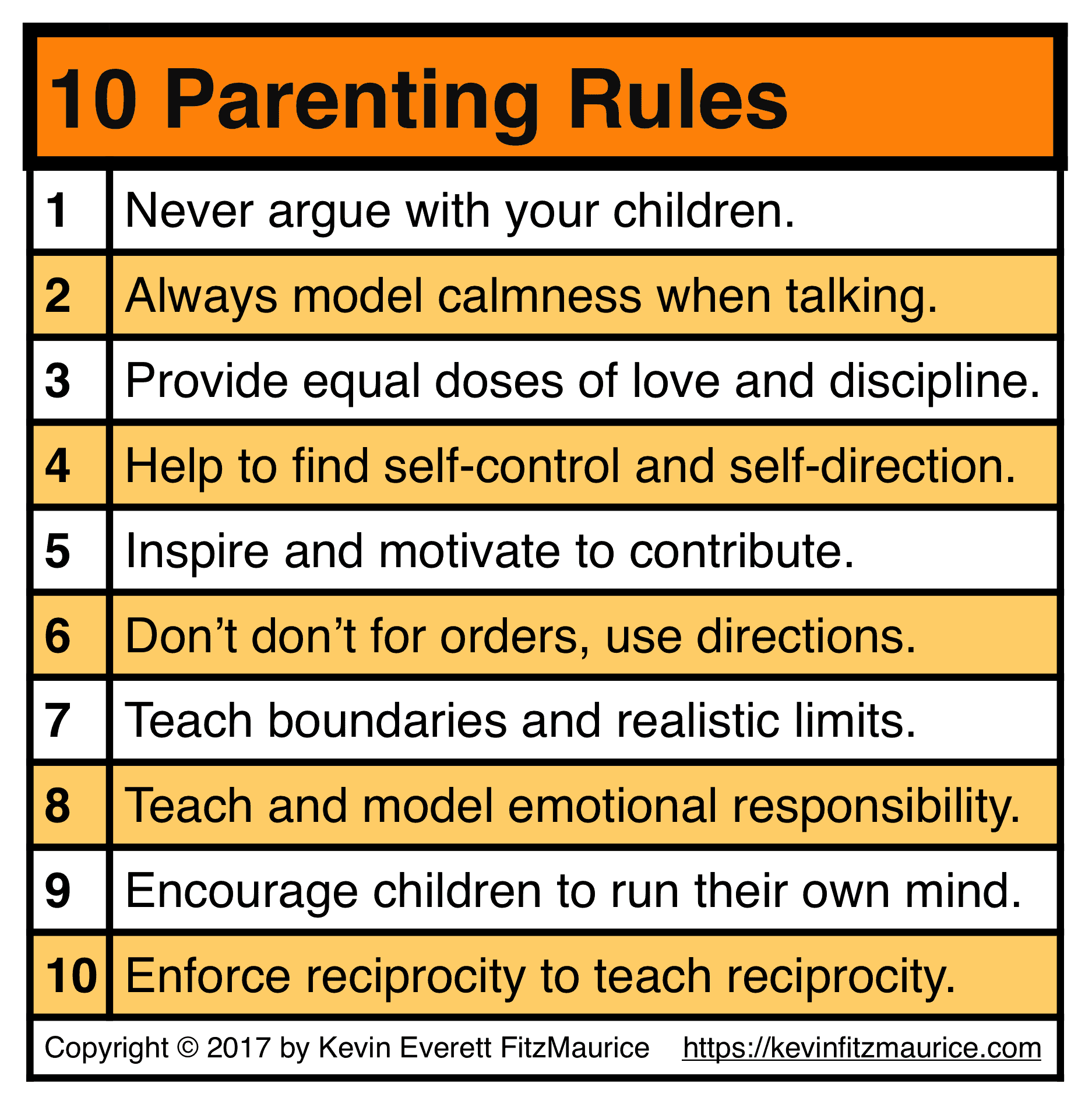 “A leader leads by example, whether he intends to or not.” —Anonymous

“Allow children to be happy in their own way, for what better way will they find?” —Samuel Johnson

“And, ye fathers, provoke not your children to wrath: but bring them up in the nurture and admonition of the Lord.” —Ephesians 6:4

“Children begin by loving their parents; after a time they judge them; rarely, if ever, do they forgive them.” —Oscar Wilde, 1854-1900

“Children have more need of models than critics.” —Joseph Joubert

“Don’t limit a child to your own learning, for he was born in another time.” —Rabbinic saying

“Fathers, provoke not your children to anger, lest they be discouraged.” —Colossians 3:21

“For men shall be lovers of their own selves, covetous, boasters, proud, blasphemers, disobedient to parents, unthankful, unholy,” —II Timothy 3:2

“For the Lord hath given the father honour over the children, and hath confirmed the authority of the mother over the sons.” —Ecclesiasticus 3:2

“Home ought to be our clearinghouse, the place from which we go forth lessoned and disciplined, and ready for life.” —Kathleen Norris

“If you want children to keep their feet on the ground, put some responsibility on their shoulders.” —Abigail Van Buren

“If you want to work for world peace, go home and love your families.” —Mother Teresa

“In disputes between parents and children, the children always get the upper hand.” —AchadHa’am

“Paradoxically, even though parenting is the hardest and most important job there is, parenting is also the job with the least education, requirements, and training.” —Kevin Everett FitzMaurice

“Parenting is the only job you are guaranteed to fail at.” —Kevin Everett FitzMaurice

“Teach your children to put God first and to soothe themselves and you are a successful parent.” —Kevin Everett FitzMaurice

“The best leader is the one who has sense enough to pick good men to do what he wants done, and self-restraint enough to keep from meddling with them while they do it.” —Theodore Roosevelt