The Hidden Influence Behind CBT & REBT 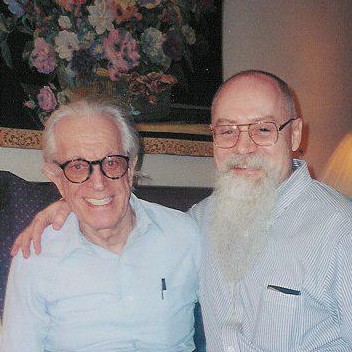 The Hidden Influence Behind CBT & REBT

The field of counseling and psychology has forever been changed by the work of Albert Ellis, whose groundbreaking theories and research led to the development of Cognitive Behavior Therapy (CBT) and Rational Emotive Behavior Therapy (REBT). But behind the greats like Ellis are great thinkers and influencers like Kevin E. FitzMaurice.

FitzMaurice worked as a counselor for over twenty-five years, after obtaining his M.S. in guidance and counseling from the University of Nebraska. He has been licensed as a professional counselor in three states. His body of work not only reflects a deep understanding and commitment to the revolutionary techniques of CBT and REBT, but also his influence in the development of these techniques. Combining formal training and years of continuing education with a unique and well-developed approach to counseling, his works and guidance were behind some of the most influential developments in the field of cognitive psychotherapy.

Throughout his career, his extensive written correspondence with Ellis helped shape the basic tenets of CBT and REBT as they are known today. He has been credited by Ellis himself with the addition of unconditional life acceptance (ULA) to the theoretical framework of REBT in his book “Feeling Better, Getting Better, Staying Better.” Along with unconditional self-acceptance (USA) and unconditional other acceptance (UOA), ULA forms one of the three underlying principles of REBT theory – a key component in the effectiveness of REBT.

FitzMaurice is cited as a reviewer in almost every book Ellis wrote after 1990, including his last book “The Myth of Self-esteem: How Rational Emotive Behavior Therapy Can Change Your Life Forever.” Ellis often cited FitzMaurice directly and referenced his works in his books. Even Ellis’ greatest work, “Reason and Emotion in Psychotherapy, Revised and Updated” directly quotes and includes recommendations to FitzMaurice’s own texts. In fact, in Ellis’s “How to Control Your Anxiety Before it Controls You,” he devoted an entire chapter to FitzMaurice’s theories and writings.

Continuing the work of Ellis after his passing in 2007, FitzMaurice published his own self-help book on CBT, “Garden,” in 2010. He holds three REBT certifications from the Albert Ellis Institute in NYC, including Primary, Advanced, and Family Certification. He has also worked to provide CBT workshops for counselors, helping pass on his knowledge and skills to new generations of mental health professionals. REBT practitioners wishing to improve the efficiency and effectiveness of REBT theory and practice, would do well to read FitzMaurice’s “Not.” In his own counseling practice, FitzMaurice grounds himself in CBT theory, supplementing it with other empirically-sound techniques.

In over two dozen books of his own, FitzMaurice seeks to improve lives by educating and empowering, following in the footsteps of Albert Ellis. In theoretical writings and in practice, he remains true to the pioneering cognitive psychotherapies (REBT, CBT) that his own ideas helped bring to life. In private discussions with Ellis, he helped change the landscape of cognitive psychotherapy for decades to come. His prolific writings continue to influence the field of counseling and psychotherapy, by bringing these techniques to a wider audience.

—Ana Montano, M.A., author of The Fundamentals of Psychology