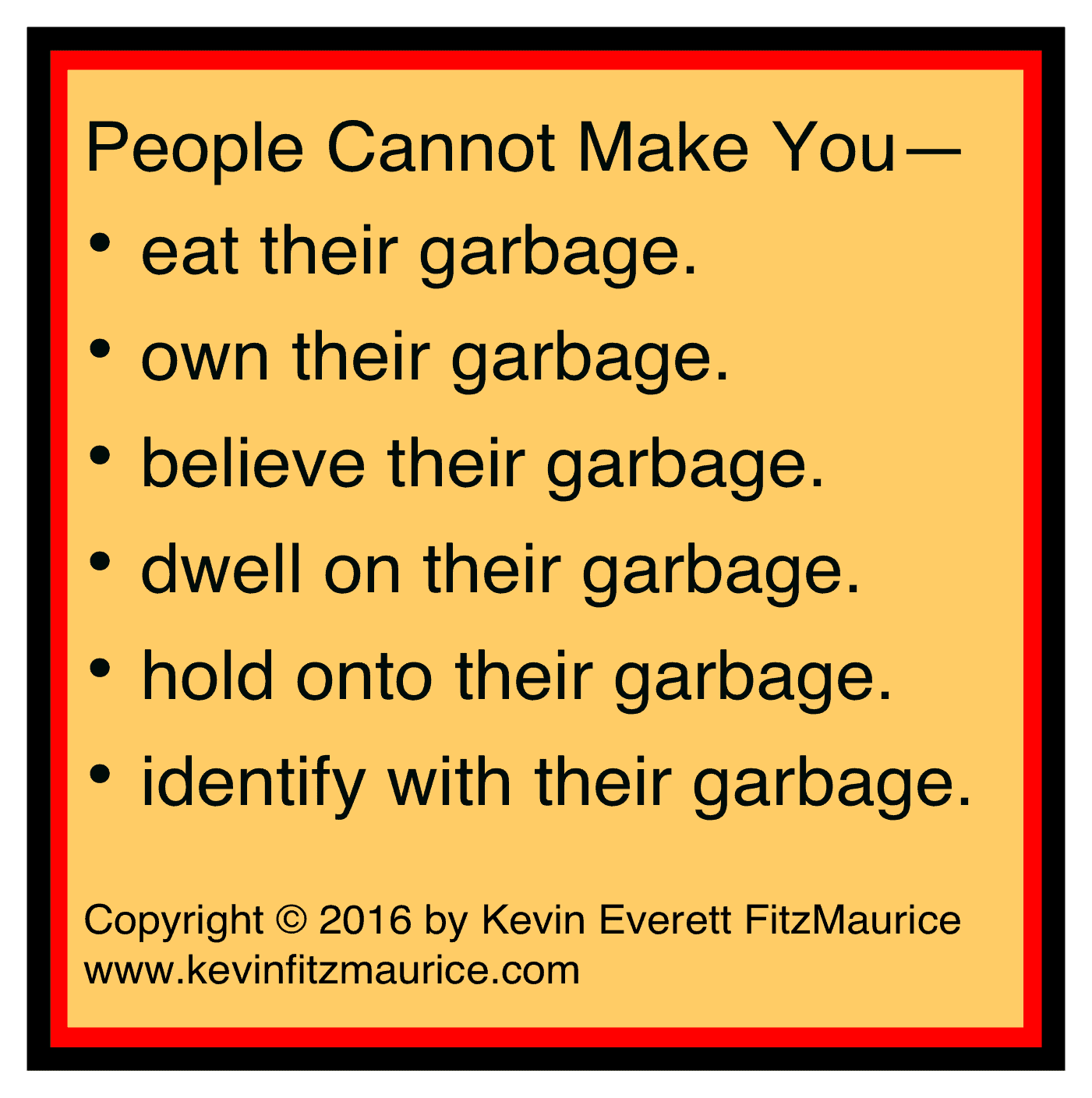 “By what path will you reach the Buddha, who is free from all desire, all attachment and all social conditioning?” —Dhammapada: The Buddha, verse 180

“Do not welcome praise, nor hide from blame. Listen to your Truth and stay calm and clear.” —Dhammapada: The Wise Person, verses 81-82

“Don’t regard what anyone says of you, for this, after all, is no concern of yours.” —Epictetus, Enchiridion

“Ford the fiercest stream of life and overcome desire. Go beyond delusion and opposites. Concentrate on your practice. Attachment will fall away from you and you will know truth.” —Dhammapada: The Highest, verses 383-384

“Gentleness is the ability to bear reproaches and slights with moderation, and not to embark on revenge quickly, and not to be easily provoked to anger, but be free from bitterness and contentiousness, having tranquility and stability in the spirit.” —Aristotle, Virtues and Vices

“In order to be effective, you need not only virtue but also mental strength.” —Aristotle, Politics

“In the East, the game is detachment. The task is to learn to detach from petty ideas, and, instead, to attach only to grandiose ideas of self such as: oneness, universe, god, Atman, ideal forms, creation, life, void, energy, power, universal principles, etc. One can then claim to be free from attachment to things. While promoting liberation from ego, the real result is unassailable egomania.” —Kevin Everett FitzMaurice

“In the West, the game is attachment. The task is to figure out how to attach to the positive and to cover up or reframe negative attachments. The playing of this game is called self-esteem and becoming.” —Kevin Everett FitzMaurice

“It is hard to contend against one’s heart’s desire; for whatever it wishes to have it buys at the cost of the soul.” —Heraclitus, fragment

“Keep your identity out of it whatever it is.” —Kevin Everett FitzMaurice

“Loss is nothing else but change, and change is Nature’s delight.” —Marcus Aurelius

“Never say of anything that I have lost it, only say that I have given it back.” —Epictetus

“No human thing is of serious importance.” —Plato

“Nothing holds tighter than attachment to family and money. Break these attachments by overcoming desire, and turn your back on material and sensual pleasures.” —Dhammapada: Desires, verses 345-346

“Of ill-temper, there are three kinds: irascibility, bitterness, sullenness. It belongs to the ill-tempered man to be unable to bear either small slights or defeats but to be given to retaliation and revenge, and easily moved to anger by any chance deed or word. Ill-temper is accompanied by excitability of character, instability, bitter speech, and liability to take offense at trifles and to feel these feelings quickly and on slight occasions.” —Aristotle, Virtues and Vices

“One loses joy and happiness in the attempt to possess them.” —Masanobu Fukuoka

“One is the way to gain, the other is the way to nirvana; knowing this fact, students of Buddha should not take pleasure in being honored, but should practice detachment.” —Dhammapada, 5:16

“Pride is the enemy that leads to false identification and future evil.” —Kevin Everett FitzMaurice

“Right attachment requires right being, i.e., that you attach to self as being a container and not attach as the contents of that container.” —Kevin Everett FitzMaurice

“The essence of the Way is detachment.” —Bodhidharma

“Unless, of course, you insist on identifying yourself with the people and things you love; and thereby seriously disturb yourself.” —Albert Ellis and Robert A. Harper, A Guide to Rational Living, Third Edition, p. 175.

“We must be our own before we can be another’s.” —Ralph Waldo Emerson

“We must not allow other people’s limited perceptions to define us.” —Virginia Satir

“What others think of us would be of little moment did it not, when known, so deeply tinge what we think of ourselves.” —Paul Valery (1871 – 1945), French critic and poet

“Who ranks as the highest? One who owns nothing, desires nothing, is attached to nothing.” —Dhammapada: The Highest, verse 421

“So likewise ye, when ye shall have done all those things which are commanded you, say, We are unprofitable servants: we have done that which was our duty to do.” —Luke 17:10

“Then Peter opened his mouth, and said, Of a truth I perceive that God is no respecter of persons:” —Acts 10:34

“What then? are we better than they? No, in no wise: for we have before proved both Jews and Gentiles, that they are all under sin;” —Romans 3:9

“For who maketh thee to differ from another? and what hast thou that thou didst not receive? now if thou didst receive it, why dost thou glory, as if thou hadst not received it?” —I Corinthians 4:7

“Casting down imaginations, and every high thing that exalteth itself against the knowledge of God, and bringing into captivity every thought to the obedience of Christ;” —II Corinthians 10:5

“Every good gift and every perfect gift is from above, and cometh down from the Father of lights, with whom is no variableness, neither shadow of turning.” —James 1:17

“But if ye have respect to persons, ye commit sin, and are convinced of the law as transgressors.” —James 2:9

“But he giveth more grace. Wherefore he saith, God resisteth the proud, but giveth grace unto the humble.” —James 4:6