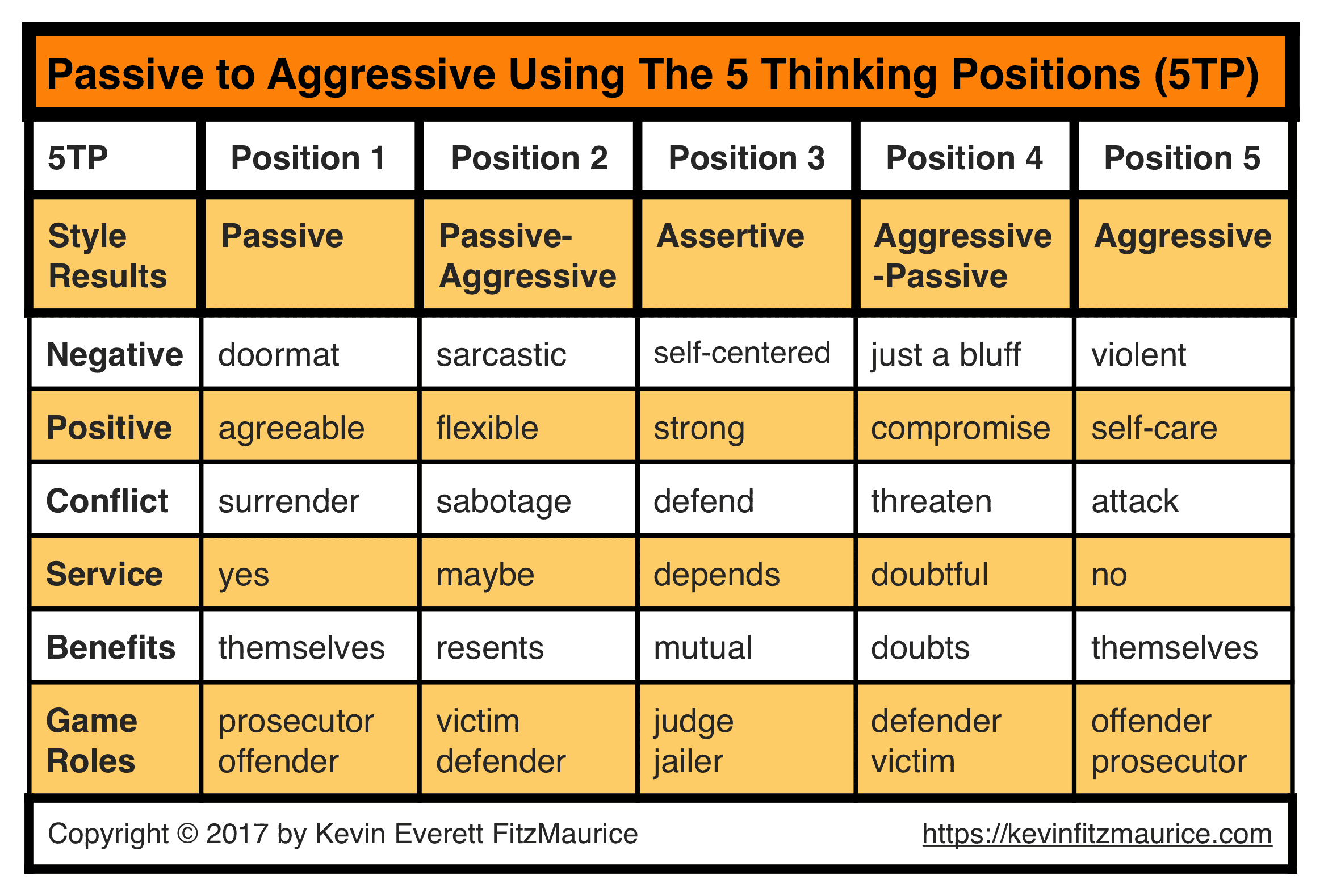 Notes on the 5 Styles

sort of, kind of, perhaps, maybe, will try, not sure, whatever, give in too quickly, agree too easily, please too often, whatever you want, phony, people-pleasers, doormat, appear nice but are weak, serve others as a martyr, blame others for codependency, please themselves but claim to only please others, seek approval for being martyr.

pretend to agree but sabotage, apathy, smile and stab in the back, gossip, politicking, stir stuff up, whiners, constant smile, hide meanness behind niceness, hide behind masks, can appear nice but are mean, sneaky, deceptive, dangerous, trick or treat, want approval before earning it.

firm but polite, calm but strong, resolved but civil, assured but not demanding, strong but not mean, help you help yourself, maintain boundaries, have their “yes” and “no,” can appear mean but are nice, believe in win/win scenarios, like but don’t need approval.

pretend to be a threat but run when the going gets tough, all bark and no bite, act tough but really fragile, pushover, all pretense, all bluff, mask wearers, appear mean but are weak, cowards, betrayal likely, never there when you need them, never accept approval.

you must, you have to, you got to, you should, you should have, you could have, blaming, damning, abusive, narcissistic, domineering, smothering, take advantage, what you see is what you get, appear mean and are mean, provide their own approval and imagine approval from others.

“Narcissism is when your attention for ‘other’ focuses on abstract ideas of what you want to get from others, not on being aware of others as persons.” —Kevin Everett FitzMaurice