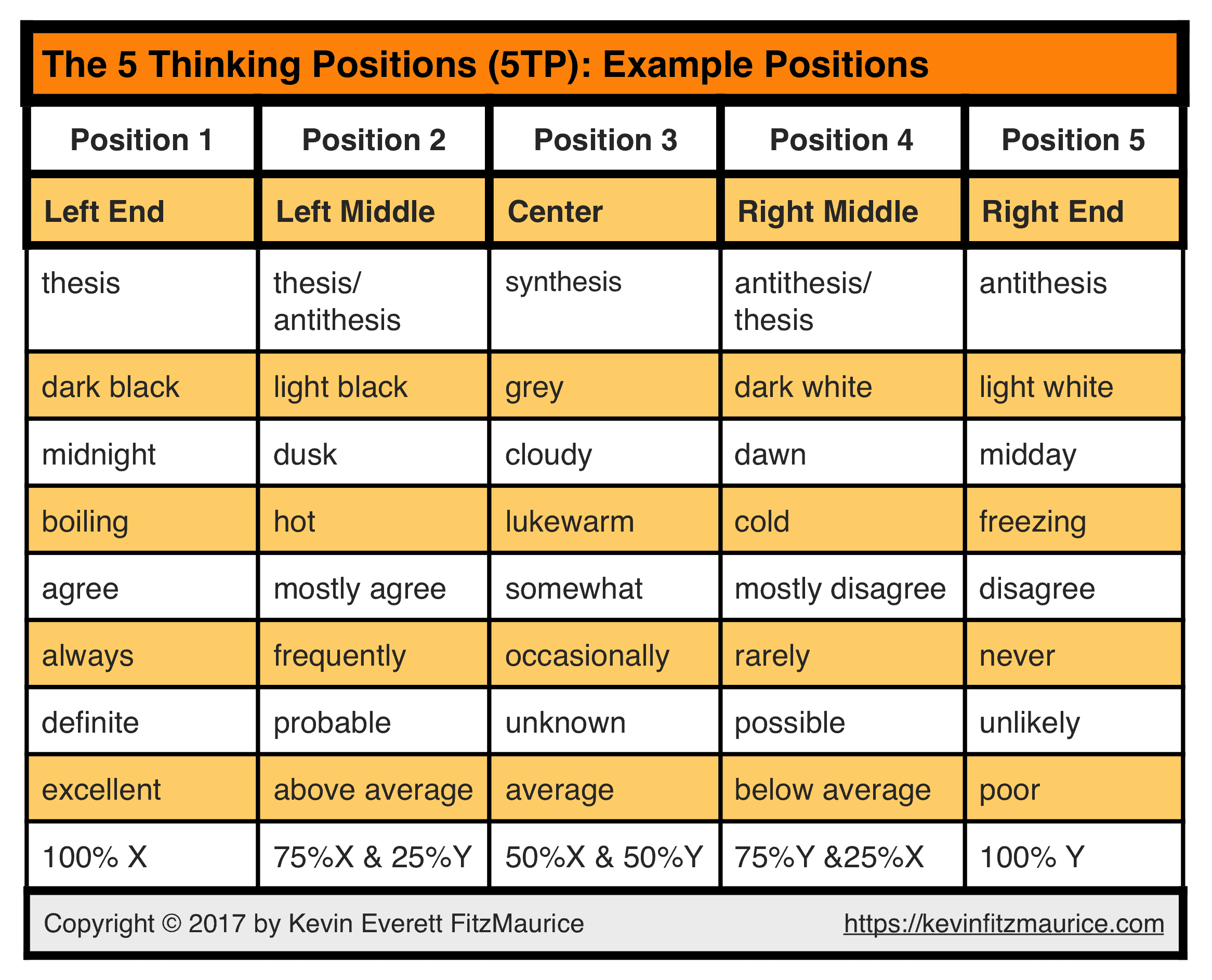 “Nothing is at last sacred but the integrity of your own mind.” —Ralph Waldo Emerson

“There are five sides to every story.” —Kevin Everett FitzMaurice

“Tragedy is when I cut my finger; comedy is when you fall into a manhole and die.” —Mel Brooks

There are always at least five choices, opinions, and versions regarding anything.

“There are two ways to slide easily through life: to believe everything or to doubt everything; both ways save us from thinking.” —Alfred Korzybski, Polish-American founder of General Semantics, (1879–1950)

The five main thinking positions are:

“Finding a few rare or unusual cases in order to disprove a rule only works to prove that it is a reliable rule but not an absolute rule.” —Kevin Everett FitzMaurice

Those familiar with statistics can easily relate the paradigm of the five-thinking positions to the “normal curve” or what some call the bell-shaped distribution curve. For example, synthesis can be considered to be the mean or median. 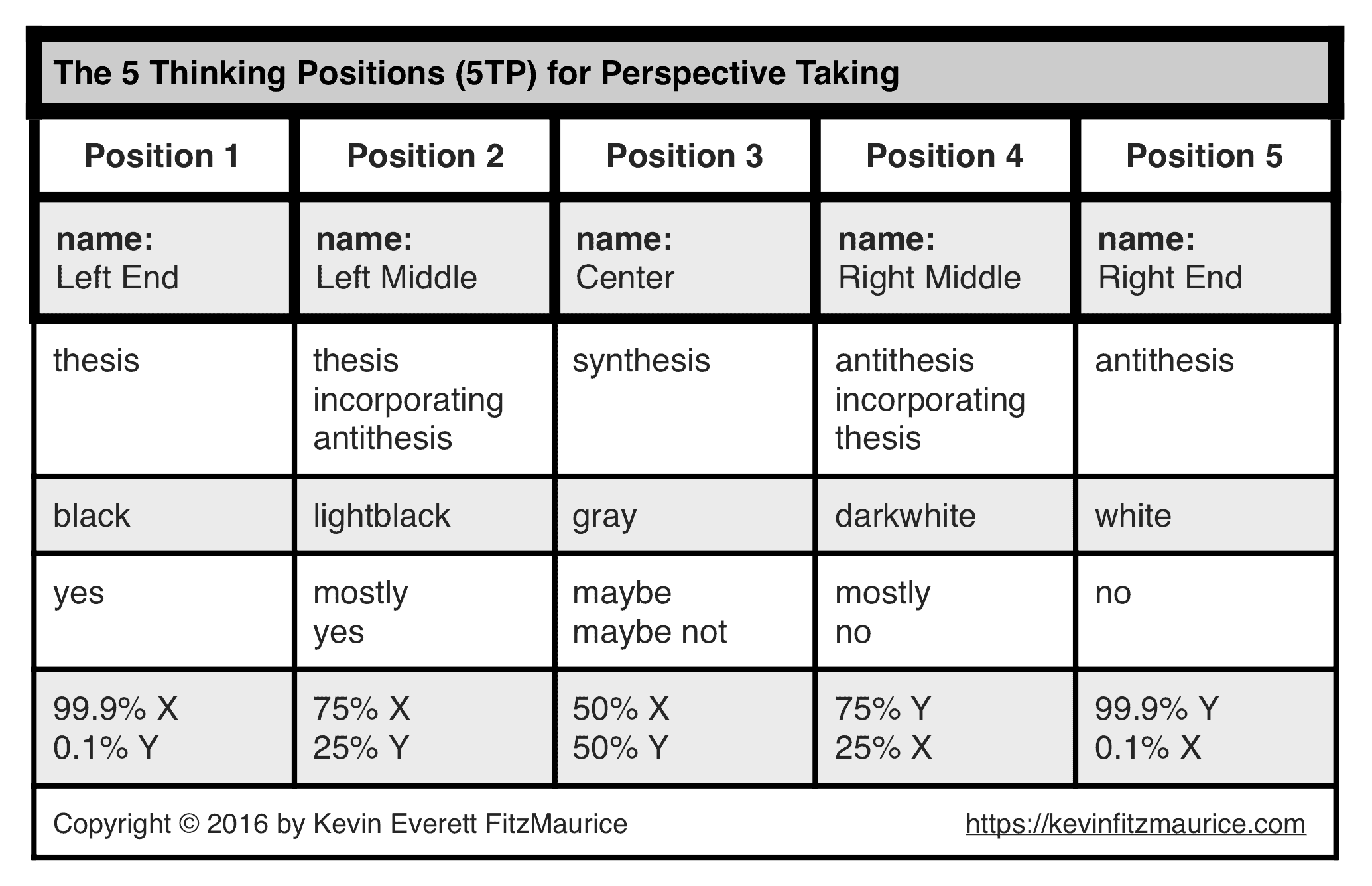 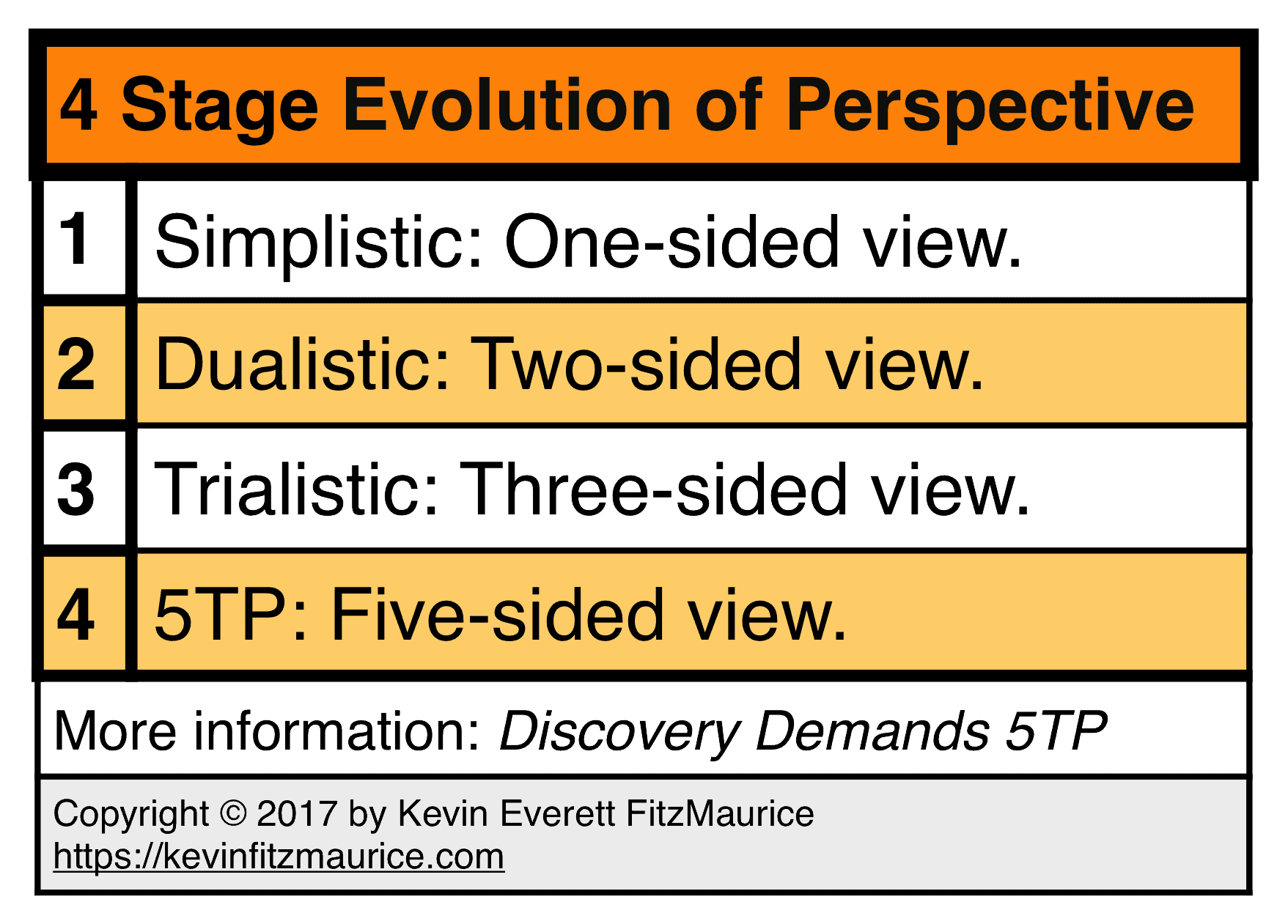 “To pretend that a few rare or unusual cases constitute a rule is to claim that exceptions and variations are better standards than the standards they vary from.” —Kevin Everett FitzMaurice

“Can a man cling to the positive without any negative in contrast to which it is seen to be positive? If he claims to do so, he is a rouge or a madman.” —Chung Tzu

“Life is a tragedy when seen in close-up, but a comedy in long-shot.” —Charlie Chaplin