100 Things to Blame Instead of Owning Your Life

“The best years of your life are the ones in which you decide your problems are your own. You do not blame them on your mother, the ecology, or the president. You realize that you control your own destiny.” —Albert Ellis 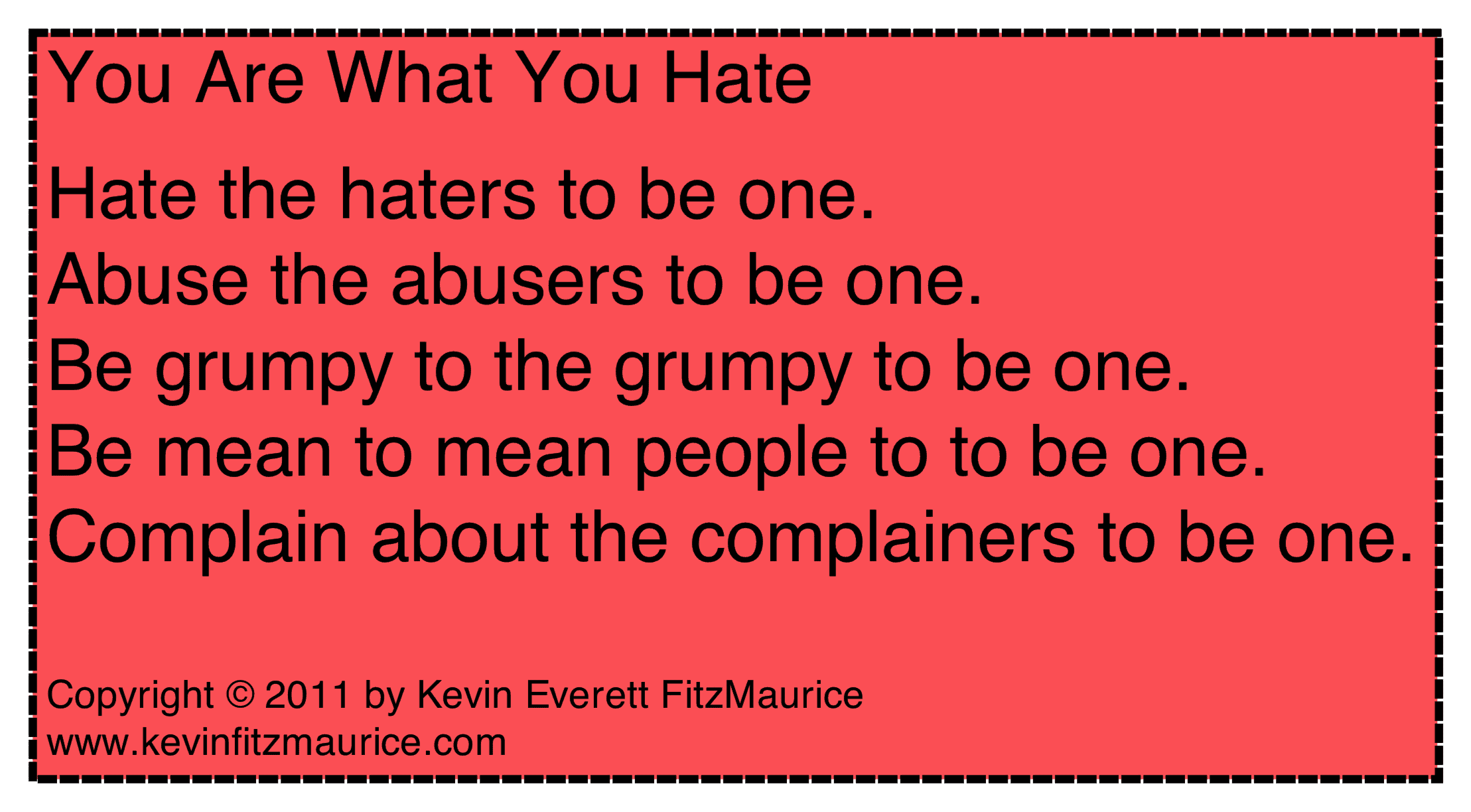 You can blame any one of, a combination of, or all of the following 100 reasons for your problems:

Be The Person You Want to Be With

Which do you think will help you the most?

“As long as the mind is in conflict–blaming, resisting, condemning–there can be no understanding. If I want to understand you, I must not condemn you, obviously.” —J. Krishnamurti, The Collected Works of J. Krishnamurti, Volume V, p. 51

“You are what you hate not what you ate.” —Kevin Everett FitzMaurice