What to Do After the Revolution?

“As a rule, men do wrong to others whenever they have the power to do it.” —Aristotle, Rhetoric

“Somebody has to go sit in the British Museum again like Marx and figure out a new system; a new blueprint. Another century has gone, technology has changed everything completely, so it’s time for a new utopian system.” —Allen Ginsberg

“The hand of Vengeance found the Bed To which the Purple Tyrant fled The iron hand crush’d the tyrant’s head And became Tyrant in his stead.” —William Blake

“The problems that exist in the world today cannot be solved by the level of thinking that created them.” —Albert Einstein

“You never change things by fighting the existing reality. To change something, build a new model that makes the existing model obsolete.” —Buckminster Fuller

“Whoever fights monsters should see to it that in the process he does not become a monster. And if you gaze long enough into an abyss, the abyss will gaze back into you.” ―Friedrich Nietzsche

Revolutions Are Doomed to Fail

“A country can be independent, have a good form of government, have natural resources, have good trade access and routes, and everything necessary for success; however, if the people do not have a culture of success, then that country will not be successful.” —Kevin Everett FitzMaurice

Don’t bother making a revolution if you don’t have a solution.

What to Do After the Revolution: Change the System

Fast-Facts 2021: The Only Real Revolution 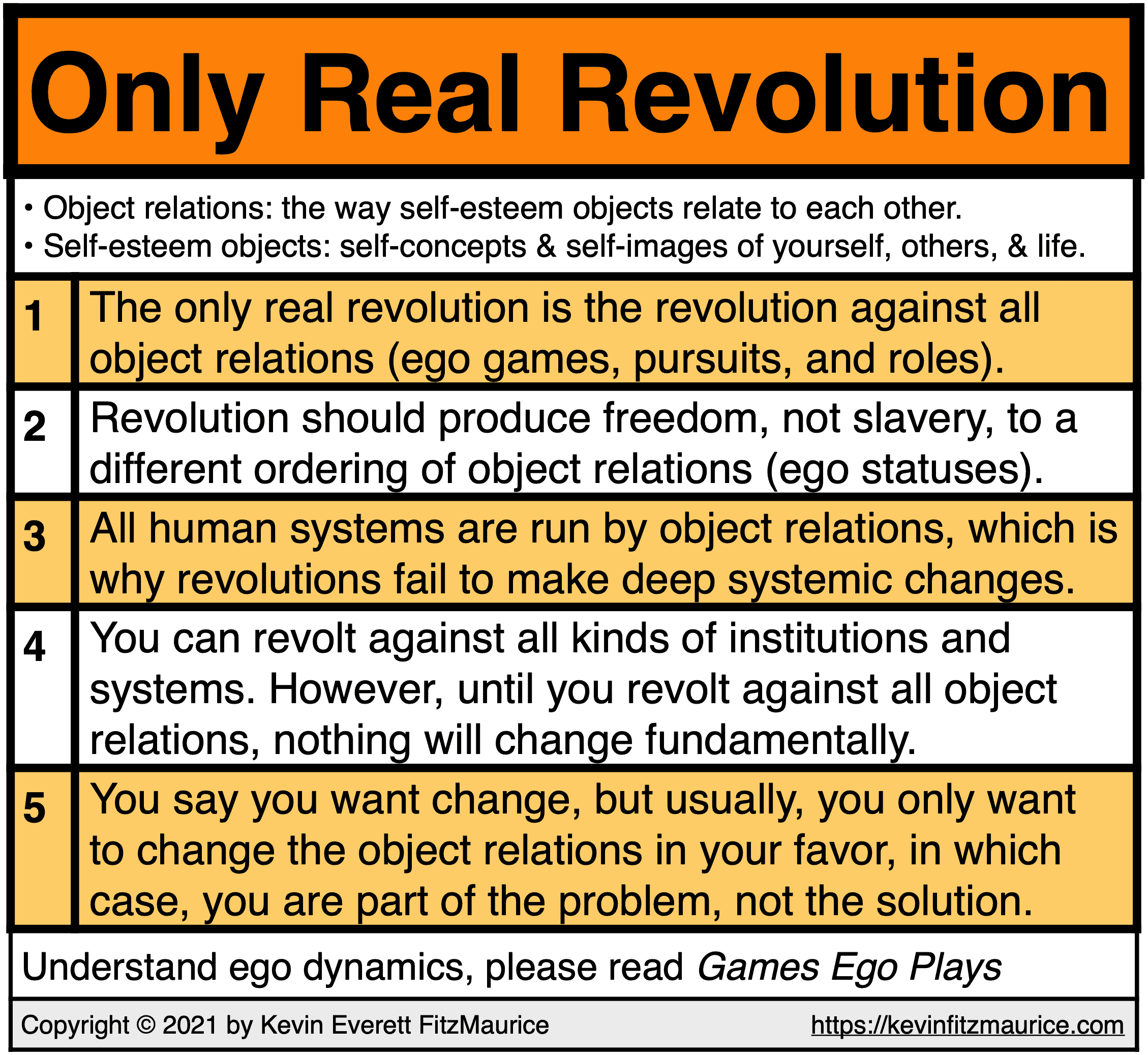 Some Benefits of the Government System

“Revolution is the belief that you must do many wrong acts in order to be able to do some good acts that you will never do.” —Kevin Everett FitzMaurice