8 Qualities of Cultures of Success

“A country can be independent, have a good form of government, have natural resources, have good trade access and routes, and everything necessary for success; however, if the people do not have a culture of success, then that country will not be successful.” —Kevin Everett FitzMaurice

“It would not matter what kind of society and government a country had if people of virtue were running it.” —Kevin Everett FitzMaurice

“No government can lead its people to success if the people do not have a culture of success.” —Kevin Everett FitzMaurice

Qualities of Culture of Success vs. Cultures of Failure

“Nothing will work unless you do.” —Maya Angelou

“There is only one human race; however, there are many cultural differences between humans.” —Kevin Everett FitzMaurice

This author is responsible for this list and presentation. However, the idea that culture is the most important condition and variable in success comes from the famous economist, Thomas Sowell.

“One of the most important reasons for studying history is that virtually every stupid idea that is in vogue today has been tried before and proved disastrous before, time and again.” —Thomas Sowell

“Putting things off is the biggest waste of life: it snatches away each day as it comes, and denies us the present by promising the future.” —Seneca

2. Family Is the Basic Unit of Society & Is Protected

“The Universal Declaration of Human Rights is an international document adopted by the United Nations General Assembly that enshrines the rights and freedoms of all human beings.” —UN Statement on Human Rights

Article 16: The family is the natural and fundamental group unit of society and is entitled to protection by society and the State.

3. Perfection Is a Constant Goal

“Perfection is not attainable, but if we chase perfection, we can catch excellence.” —Vince Lombardi

“Progress is not achieved by luck or accident, but by working on yourself daily.” —Epictetus

“The greater the difficulty, the more glory in surmounting it. Skillful pilots gain their reputation from storms and tempests.” —Epictetus

“And whatsoever ye do, do it heartily, as to the Lord, and not unto men;” —Colossians 2:23

7. Promotion by Merit, Not by Privilege

“Beauties in vain their pretty eyes may roll; Charms strike the sight, but Merit wins the soul.” —Alexander Pope

“The same principle leads us to neglect a man of merit that induces us to admire a fool.” —Jean De La

“For even when we were with you, this we commanded you, that if any would not work, neither should he eat.” —2 Thessalonians 3:10 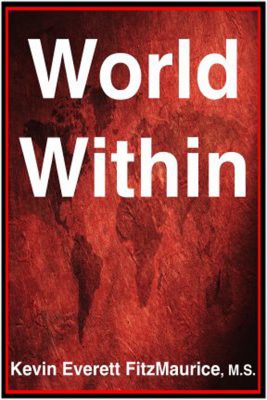