Words Have No Meaning: All Meaning Is Added

Language misleads into its own reality.

An Anecdote about Abraham Lincoln

Anything Goes Is a Book of Koan Like Observations 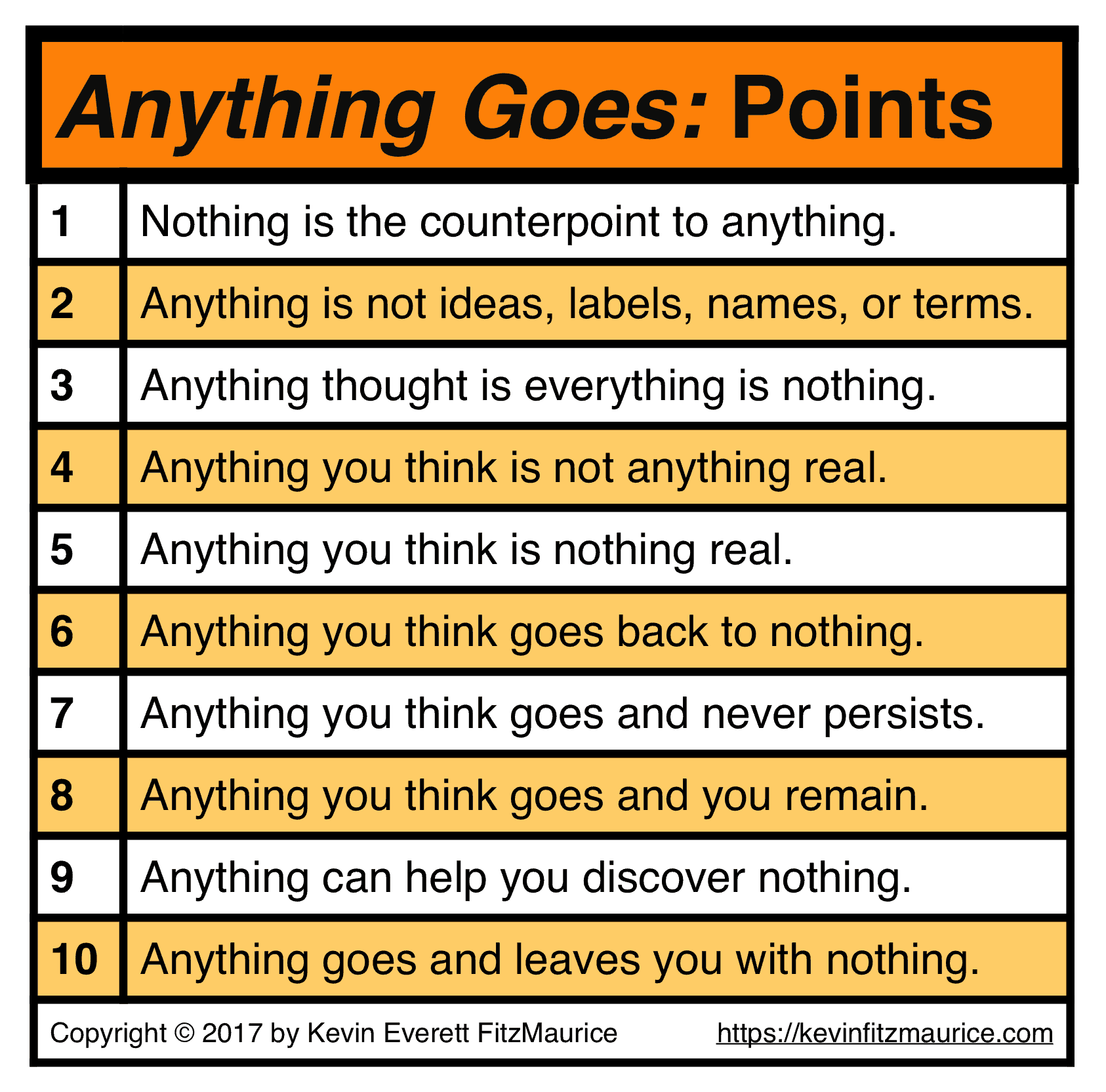 “Knowledge is an addiction, as drink; knowledge does not bring understanding. Knowledge can be taught, but not wisdom; there must be freedom from knowledge for the coming of wisdom.” —J. Krishnamurti, Commentaries on Living, First Series, p. 169

“Nothing is either clear or unclear except your thinking.” —Kevin Everett FitzMaurice

“Philosophy is a battle against the bewitchment of our intelligence by means of language.” —Ludwig Wittgenstein

“Philosophy is a battle against the bewitchment of our intelligence by means of language.” —Ludwig Wittgenstein

“Sentimentality and emotionalism have nothing whatsoever to do with love.” —J. Krishnamurti

“The blueprint is not the building.” —Kevin Everett FitzMaurice

“The description is not the described.” —J. Krishnamurti

“The fact is one thing and the idea about the fact is another.” —J. Krishnamurti

“The map is not the territory.” —Alfred Korzybski

“The thought is not the thing.” —Alfred Korzybski

“The thought is not the thing.” —J. Krishnamurti

“What you believe you experience.” —J. Krishnamurti

“Whatever you say something is–it is not.” —Alfred Korzybski

“When one has an image about oneself one is surely insane, one lives in a world of illusion.” —J. Krishnamurti, The Flight of the Eagle, p. 57