“REBT and CBT are concerned with the nature of thought and thinking like philosophy and also with the nature of emotions and behaviors like psychology, which means they integrate and benefit from both.” —Kevin Everett FitzMaurice

“I suggest that people take the challenge and adventure of creating and maintaining a profound attitude of unconditionally accepting themselves, other people, and world frustrations, no matter what occurs in life. They better make it an integral, unforgettable part of their living.” —Albert Ellis 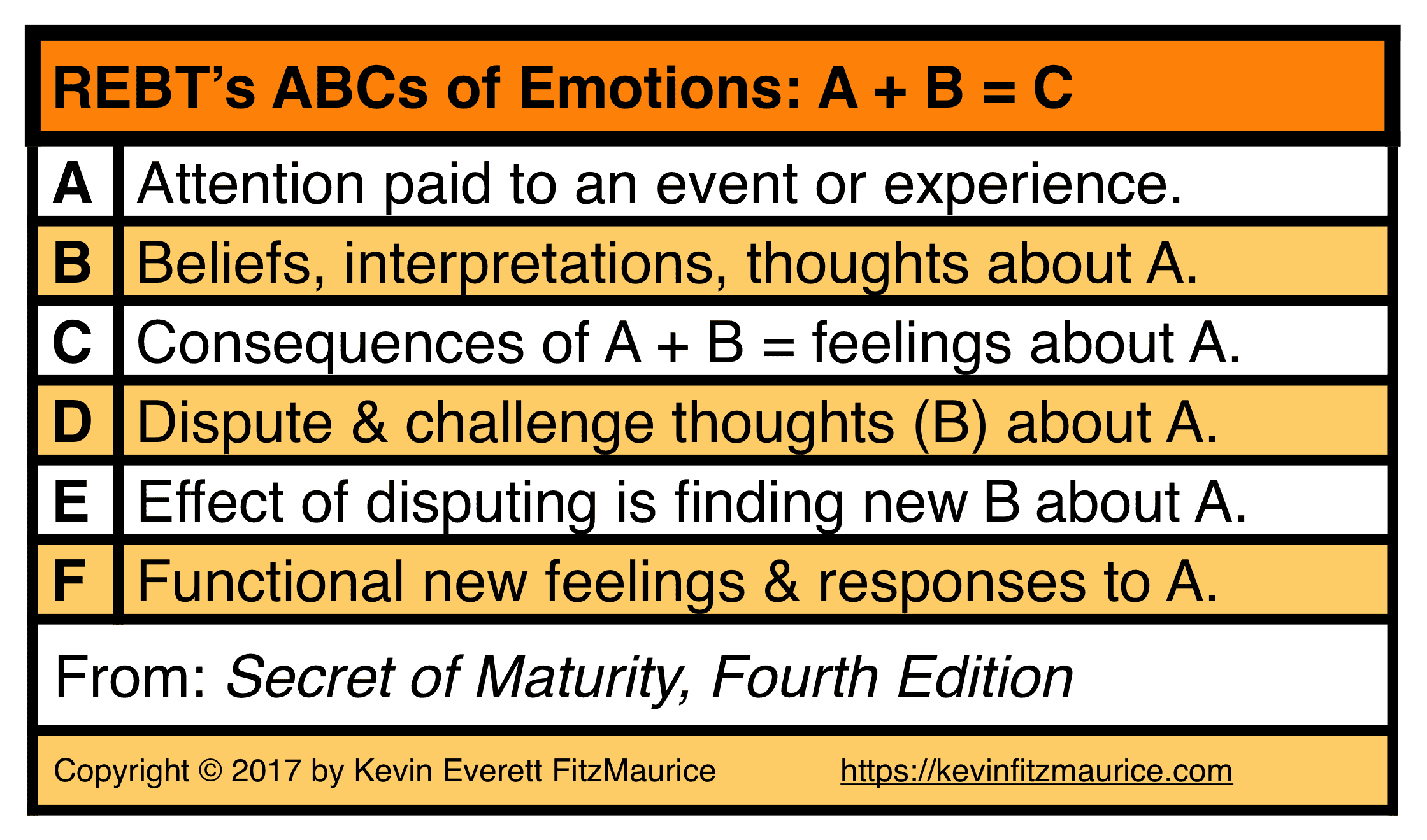 Ellis, Albert. How to Control Your Anxiety Before It Controls You. Carol Publishing Group, Secaucus, NJ. 1998.

Ellis, Albert, and Raymond C. Tafrate. How to Control Your Anger Before It Controls You. Kensington Publishing, New York. 1997.