Learn How to Meditate Today

“Mediation is being a host and nothing else.” —Kevin Everett FitzMaurice

“Whatever you do to meditate is not meditation.” —Kevin Everett FitzMaurice

“Not by ignoring evil does one overcome it but by going to meet it.” —Greek proverb

“Live in the past, and the present slips past.” —Kevin Everett FitzMaurice

Meditation in a Quotation

“You must never confuse faith that you will prevail in the end—which you cannot afford to lose—with the discipline to confront the most brutal facts of your current reality, whatever they might be.” —James Stockdale

Live in the Present Moment 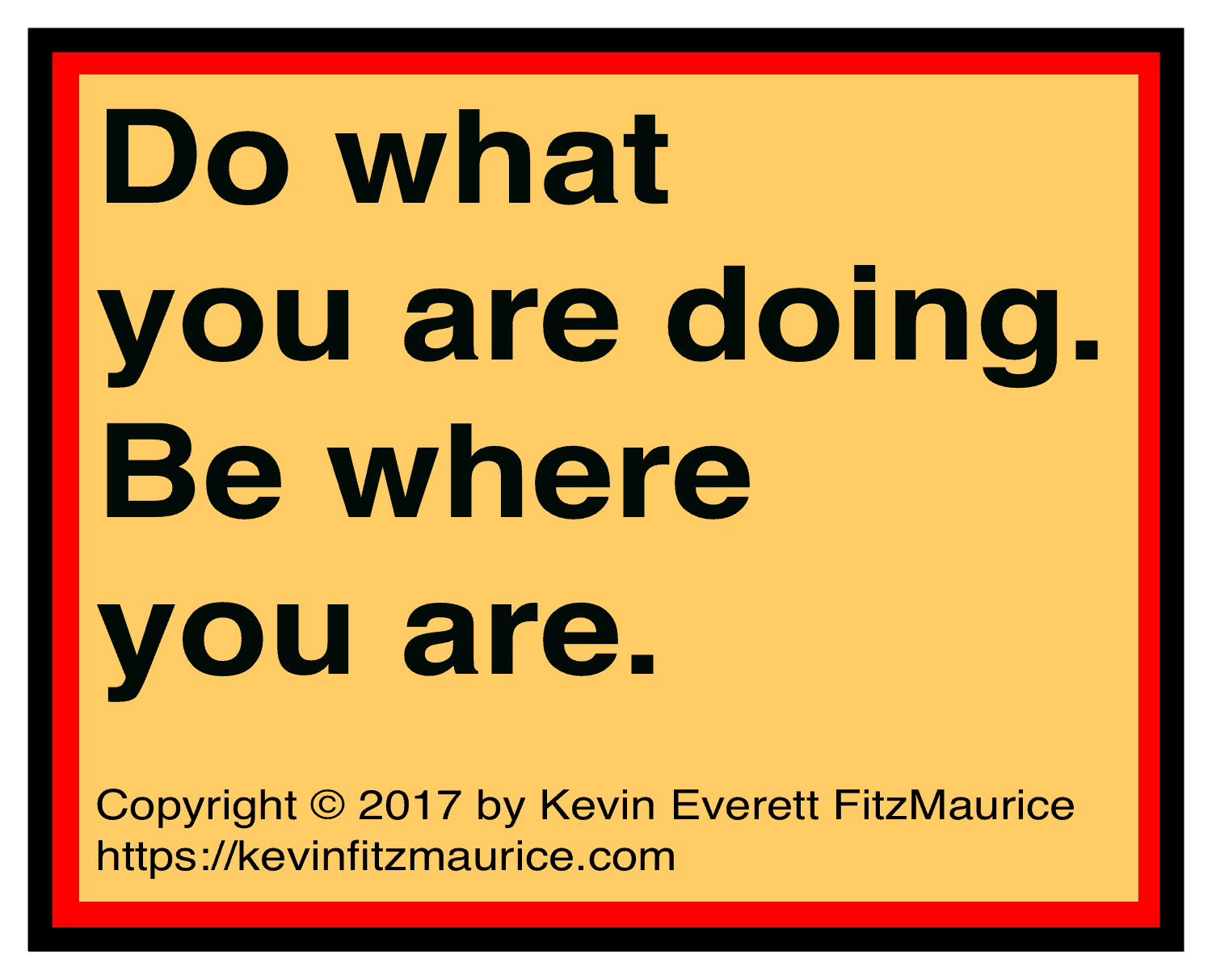 “Casting down imaginations, and every high thing that exalteth itself against the knowledge of God, and bringing into captivity every thought to the obedience of Christ;” —2 Corinthians 10:5

“He that hath no rule over his own spirit is like a city that is broken down, and without walls.” —Proverbs 25:28

“I tried to change the world and failed. I changed myself, and the whole world changed too!” —Author unknown

“Live in the past and the present slips past.” —Kevin Everett FitzMaurice

“Mediation is being a host and nothing else.” —Kevin Everett FitzMaurice

“Some pursue happiness; others create it.” —Anonymous

“Whatever you do to meditate is not meditation.” —Kevin Everett FitzMaurice

“Why is it that people are willing to take responsibility for their happiness or mild sadness but not their severe disturbance or great unhappiness?—why ego, of course!” —Kevin Everett FitzMaurice

“You must never confuse faith that you will prevail in the end—which you cannot afford to lose—with the discipline to confront the most brutal facts of your current reality, whatever they might be.” —James Stockdale