Suffering Is Not a Choice;

How You Suffer Is a Choice

“The resistance to the unpleasant situation is the root of suffering.” —Ram Dass

“There is no doubt that healthy-mindedness is inadequate as a philosophical doctrine, because the evil facts which it refuses positively to account for are a genuine portion of reality; and may, after all, be the best key to life’s significance, and possibly the only openers of our eyes to the deepest levels of truth.” —William James 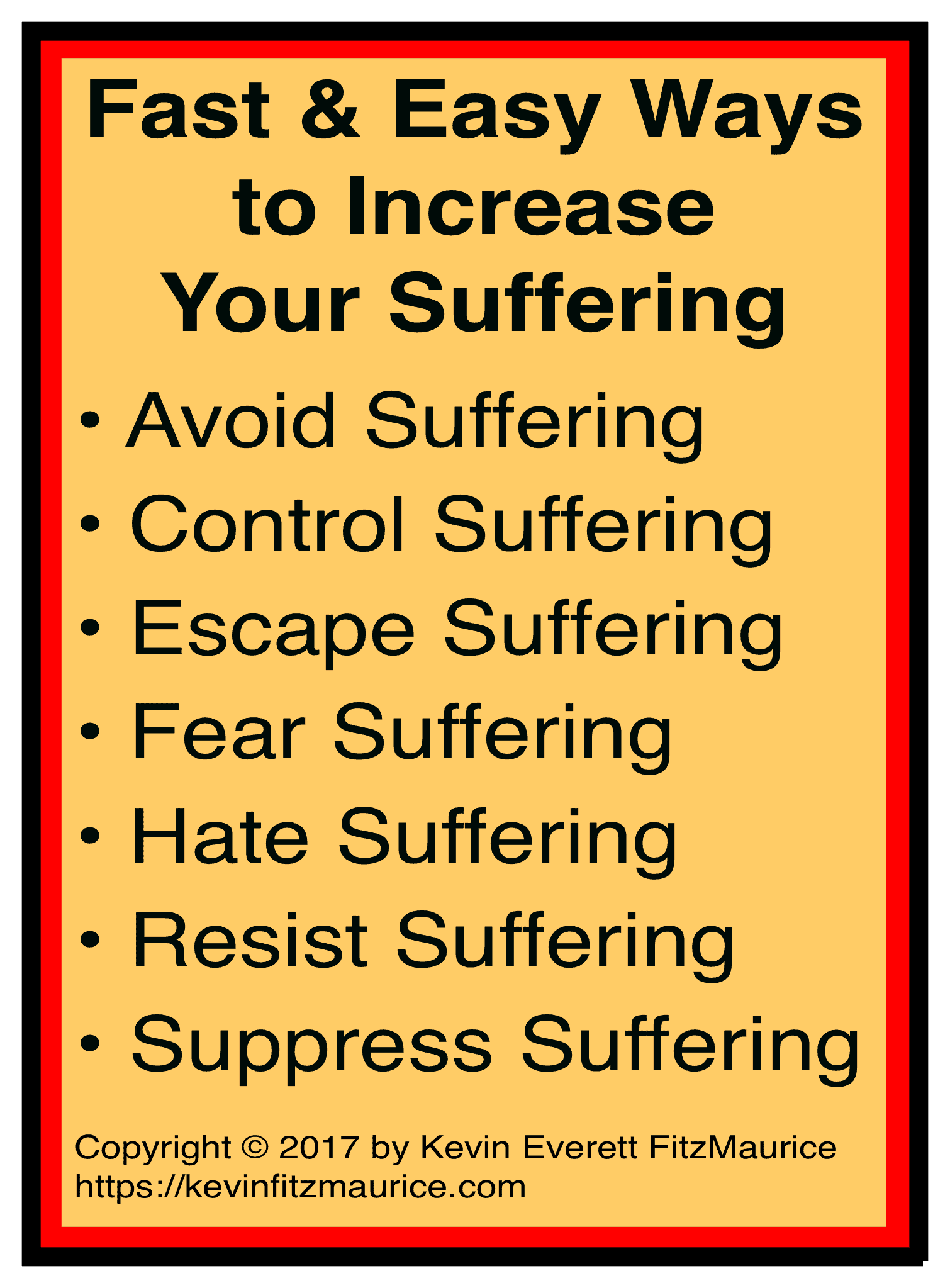 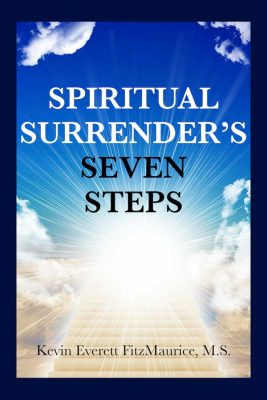 SUFFER FOR GOOD, BAD, OR NOTHING

You can suffer for good, bad, or nothing, but you will suffer.

1. You can suffer for the good: life, light, love.

2. You can suffer for the bad: death, darkness, destruction.

3. You can suffer for nothing: escape, avoid, neutrality.

3 Ways to Suffer with 3 Results 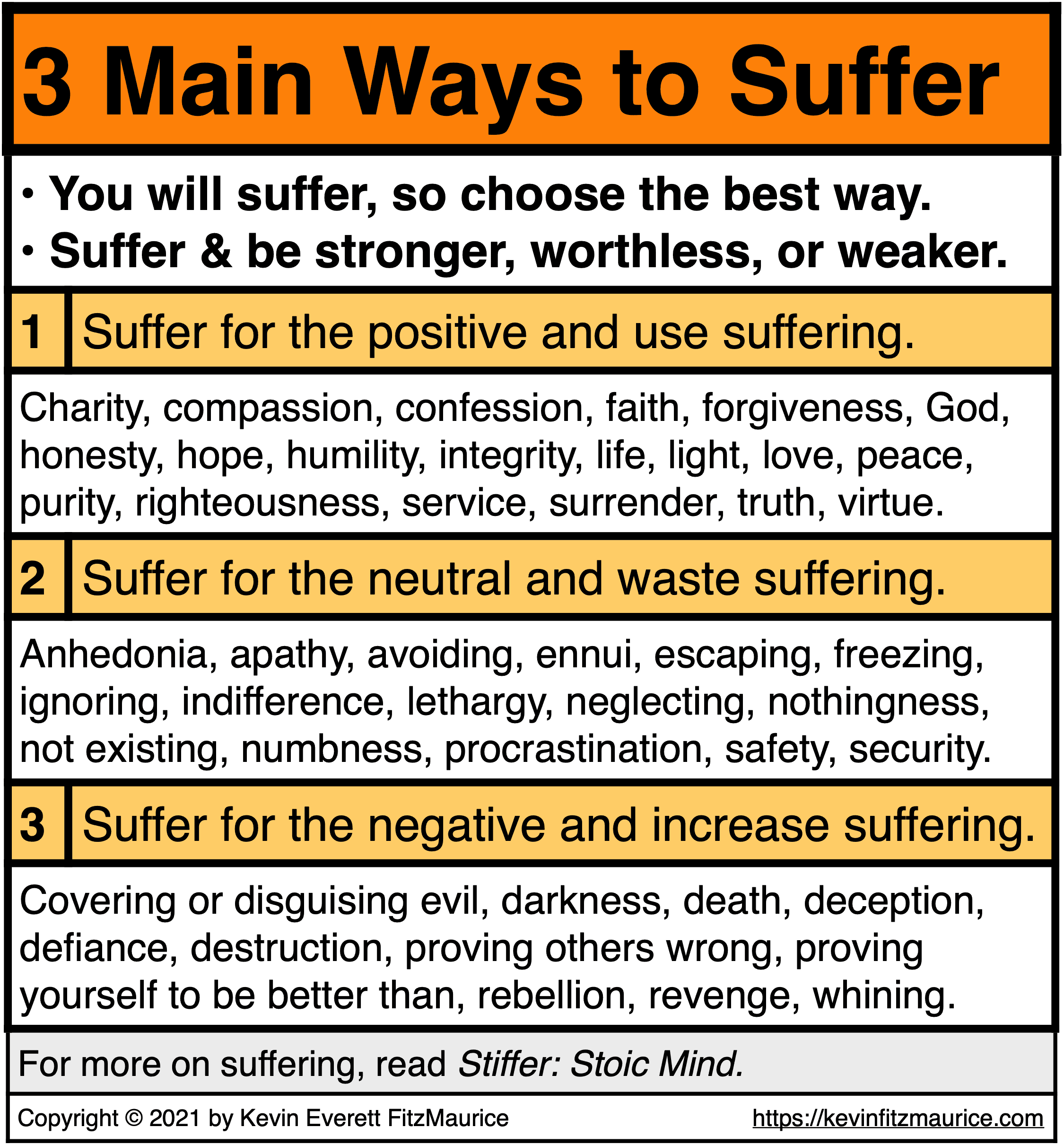 Different Results for How You Suffer

We All Suffer Well Sometimes

Track & Test for Yourself

stand it, bear it, cope with it, problem-solve, face it, go through it, accept, turn it over, let go and let God, endure, fight the good fight, tolerance, high frustration tolerance, tough hide tender heart, see it to the end, follow-through, do it now, say “no” to yourself, work before play, value work more than play, persistence, determination.

FOCUSING SUFFERING ON OTHERS BACKFIRES

Being Right Is Being Wrong

Using Being Right Fails to Avoid

NO PAIN, NO GAIN

ADMIRE, DESPISE, OR PITY THOSE WHO SUFFER

We admire those who choose the good in spite of suffering:

We despise or pity those who choose the bad & use suffering as their excuse:

SUFFER DOWN OR SUFFER UP

“And ye have forgotten the exhortation which speaketh unto as unto children, My son, despise not thou the chastening of the Lord, nor faint when thou art rebuked of him:” —Hebrews 12:5

“Faithful are the wounds of a friend; but the kisses of an enemy are deceitful.” —Proverbs 27:6

“For the commandment is a lamp; and the law is light; and reproofs of instruction are the way of life:” —Proverbs 6:23

“Keep a good heart. That’s the most important thing in life. It’s not how much money you make or what you can acquire. The art of it is to keep a good heart.” —Joni Mitchell

“Suffering is not the opposite of happiness; it is the veiling of happiness. It is a call from happiness itself, reminding us that we have mistaken our Self for an idea, an image or an object.” —Rupert Spira

“The origin of sorrow is this: to wish for something that does not come to pass.” —Epictetus

“The resistance to the unpleasant situation is the root of suffering.” —Ram Dass

“There is only one thing I dread: not to be worthy of my sufferings.” —Feodor Mikhailovich Dostoyevsky

“To a large extent I can control my feelings and desires and can change them so that I lead a happier existence.” —Albert Ellis and Robert A. Harper, A Guide to Rational Living, Third Edition, p. 247

“We draw strength from the very despair in which we have been forced to live. We shall endure.” —Cesar E. Chavez

“Ye have not yet resisted unto blood, striving against sin.” —Hebrews 12:4

You Can Suffer Well Or—

“You can suffer blaming and damning or You can suffer responsibility and compassion, but You will suffer. Choose to suffer well.” —Kevin Everett FitzMaurice

“You can suffer hurt and whining or You can suffer pity and detachment, but You will suffer. Choose to suffer well.” —Kevin Everett FitzMaurice

“You can suffer laziness and procrastination or You can suffer work and planning, but You will suffer. Choose to suffer well.” —Kevin Everett FitzMaurice

“You can suffer meanness and rudeness or You can suffer kindness and humility, but You will suffer. Choose to suffer well.” —Kevin Everett FitzMaurice

“You can suffer resentment and grudges or You can suffer forgiveness and acceptance, but You will suffer. Choose to suffer well.” —Kevin Everett FitzMaurice