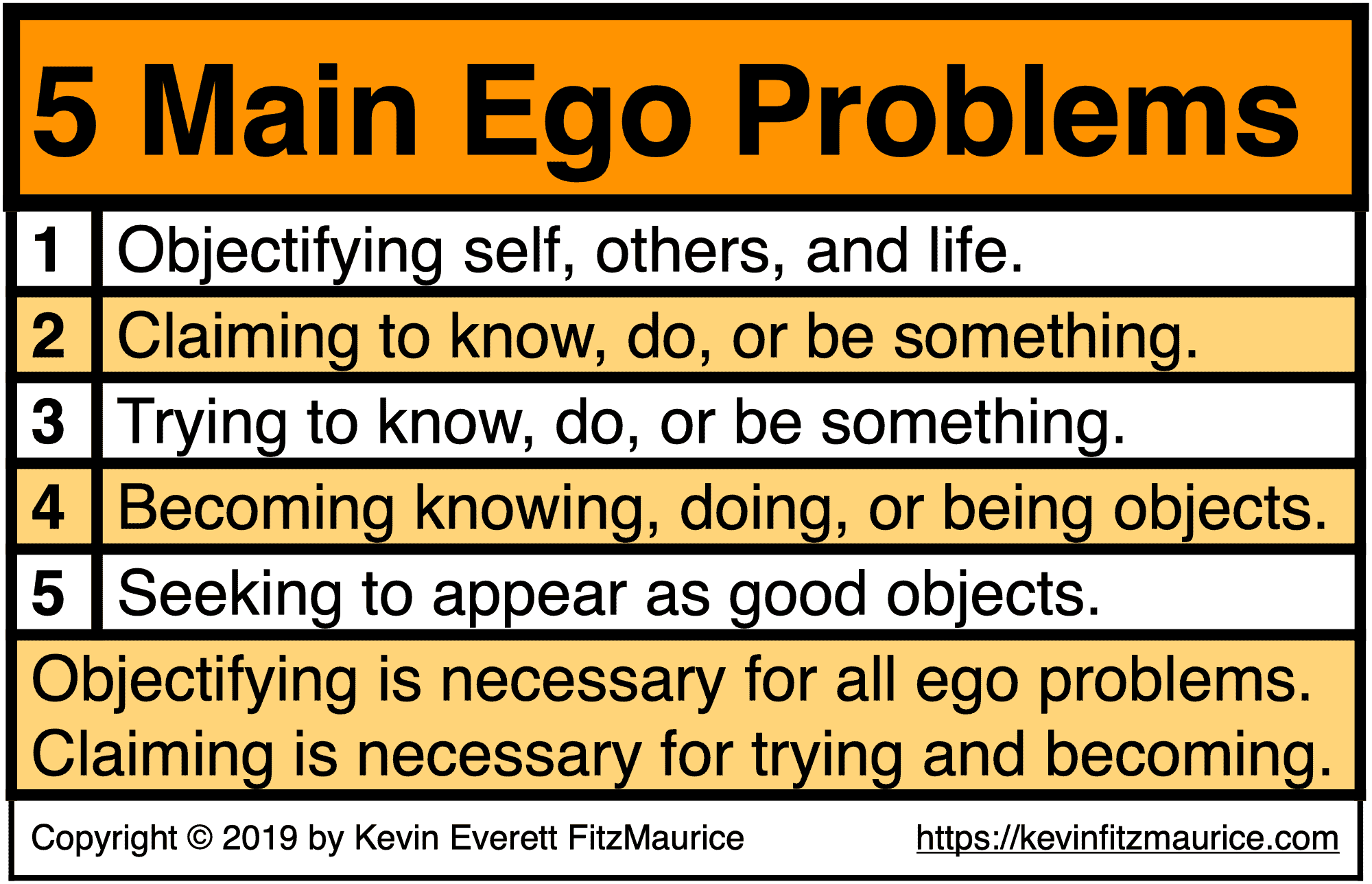 “Evaluation of an individual tends to bolster the Establishment and to block social change. Since most societies are run by a limited number of ‘upper-level’ people who have a strong, vested interest in keeping them the way they are, self-evaluation usually encourages the individual to go along with social rules, no matter how arbitrary or foolish they are, and especially to woo the approval of the powers-that-be.” —Albert Ellis

3. Trying, Working At It, or Planned Failure

Plan to Reduce Ego from the book Ego 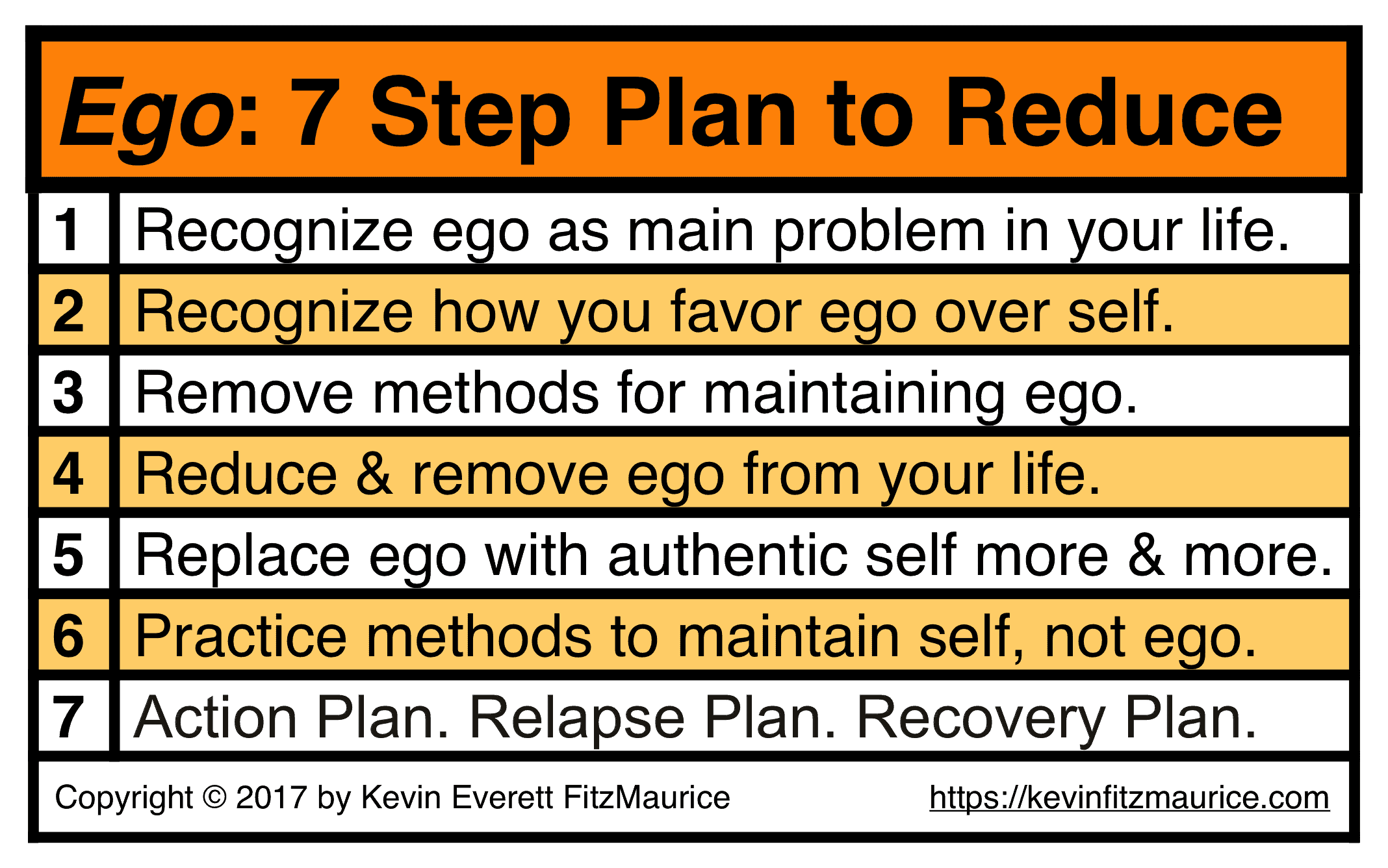