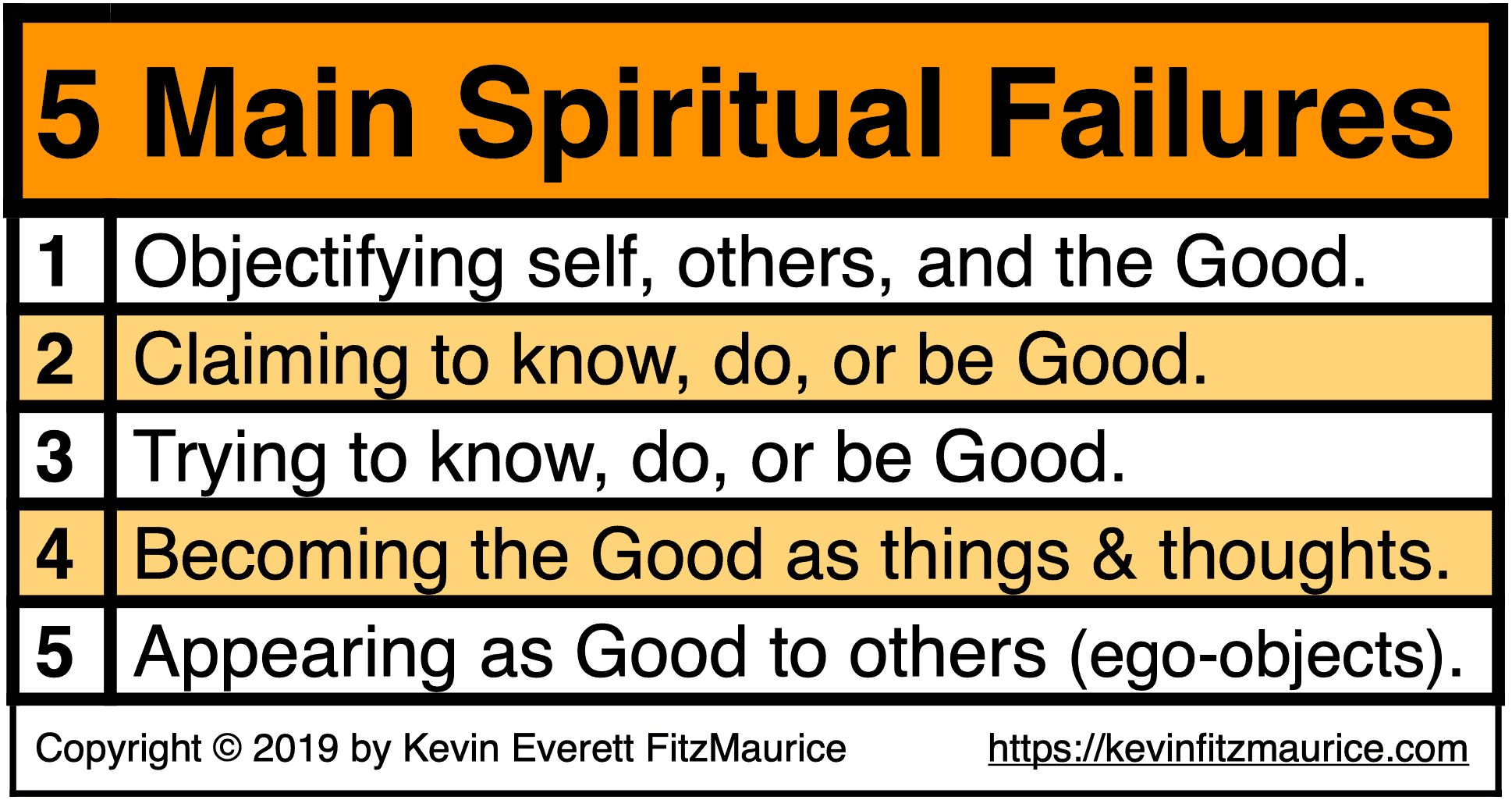 “Our virtues are, most often, only vices in disguise.” —Francois de La Rochefoucauld

“Spiritual sloth and spiritual greed will not stay hidden.” —Rumi

“Truth does not do as much good in the world as the appearance of it does evil.” —Francois de La Rochefoucauld

The Ordering of the 5 Failures

(More can be understood about objectifying by learning about thought-things in Stiffer: Stoic Mind.)

Definition of the 5 Failures

All Spiritual Errors Based First on Objectifying & Then on Claiming

Extending the 5 Errors to 10 Errors

The 5 errors can be easily increased in number by making the same 5 errors about someone or something else.