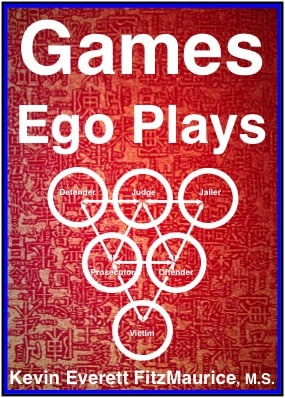 Victims think they are stupid (the pride of knowing better than themselves) for allowing themselves to be abused again and again.

Victims think they are superior to abusers (the pride of knowing better than others) because they would not do what was done to them.

“I would never do that.” Victims think they are superior to themselves: “I am such a loser.”

1. Victims are good because they are suffering, and you are bad for not being one of them.

2. Victims are good because they are suffering, and you are bad for not suffering with them.

3. Victims are good because they are suffering, and you are bad for not fixing their suffering.

4. Victims are good because they are suffering, and you are bad for not preventing their suffering.

5. Victims are good because they are suffering, and you are bad for not appreciating and understanding their suffering.

1. Be a victim to have pride in knowing better than perpetrators.

2. Be a victim to have pride in doing better than perpetrators.

3. Be a victim to have pride in being better than perpetrators.

4. Be a victim to have pride in the right to abuse perpetrators because they first abused you.

5. Be a victim to have pride in being superior to perpetrators because you have superior morals and behave in a superior manner.

“A fool remains a fool because he won’t see he is a fool.” —Kevin Everett FitzMaurice

“Advice is what we ask for when we already know the answer but wish we didn’t.” —Erica Jong

“Faithful are the wounds of a friend; but the kisses of an enemy are deceitful.” —Proverbs 27:6

“People sometimes ask if I have tried to convince black ‘leaders’ to take a different view on racial issues. Of course not. I wouldn’t spend my time trying to persuade the mafia to give up crime. Why should I spend time trying to convince race hustlers to give up victimhood?” —Thomas Sowell

“Some people like my advice so much that they frame it upon the wall instead of using it.” —Gordon R. Dickson

“When receiving correction, the wise seeks to learn and the fool seeks to justify with excuses.” —Kevin Everett FitzMaurice

“When you lose, don’t lose the lesson.” —Anonymous

Quotations from Scripture on Counseling

“A wise man will hear, and will increase learning; and a man of understanding shall attain unto wise counsels:” —Proverbs 1:5

“Where no counsel is, the people fall: but in the multitude of counselors there is safety.” —Proverbs 11:14

“The way of a fool is right in his own eyes: but he that hearkeneth unto counsel is wise.” —Proverbs 12:15

“Deceit is in the heart of them that imagine evil: but to the counselors of peace is joy.” —Proverbs 12:20

“Without counsel purposes are disappointed: but in the multitude of counselors they are established.” —Proverbs 15:22

“Hear counsel, and receive instruction, that thou mayest be wise in thy latter end.” —Proverbs 19:20

“Every purpose is established by counsel: and with good advice make war.” —Proverbs 20:18

“Take counsel, execute judgment; make thy shadow as the night in the midst of the noonday; hide the outcasts; bewray not him that wandereth.” —Isaiah 16:3

“Extol not thyself in the counsel of thine own heart; that thy soul be not torn in pieces as a bull [straying alone.]” —Ecclesiasticus 6:2

“As timber girt and bound together in a building cannot be loosed with shaking: so the heart that is stablished by advised counsel shall fear at no time.” —Ecclesiasticus 22:16

“A man of counsel will be considerate; but a strange and proud man is not daunted with fear, even when of himself he hath done without counsel.” —Ecclesiasticus 32:18

“And let the counsel of thine own heart stand: for there is no man more faithful unto thee than it.” —Ecclesiasticus 37:13

“Gold and silver make the foot stand sure: but counsel is esteemed above them both.” —Ecclesiasticus 40:25