“It is the mark of an educated mind to be able to entertain a thought without accepting it.” —Aristotle 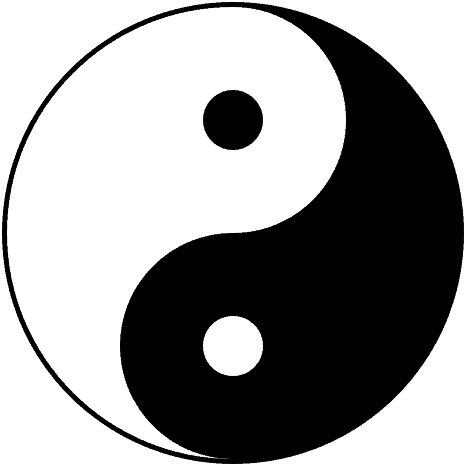 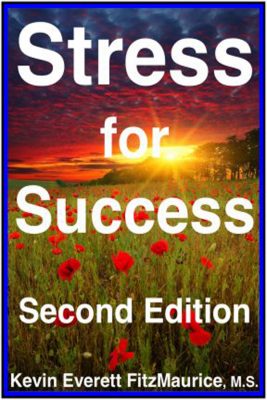 We Are All Insane for 6 Reasons

“This is the ancient Chinese symbol for depicting the nature of duality. It is a perfect representation of the polar nature of verbal knowledge. For our purposes, the black dot in the heart of the white half represents the nexus, the link, the connection to the opposite black thought. Likewise, the white dot in the heart of the black half represents the black’s permanent connection to the diametrically opposed white half. In order for any thought to be verbalized either internally or externally, it needs to be connected to another thought.

And for anything but simple identification using thoughts about reality thoughts, there will be a dichotomy. That is, as soon as we make distinctions, judgments, evaluations, preferences, choices, etc., there will be a dualistic thought experience. Even if we completely accept one half of the dichotomy and deny the other. We will still have a verbal connection to the denied half being verbalized right along with the accepted half. Hide or deny that part of the accepted as we may, it will still be there.

One example of how this nature of knowledge can work to our disadvantage is the concept of self-esteem. Since we teach people to seek self-esteem more and more, and at ever younger ages. Depression had rapidly increased for adults and occurs more frequently with youth than ever before. This is because as we seek to be the knowledge of good, the knowledge of evil as self is also sought. We may focus on the good, but the evil is there in spite of our denial. And those who are at all honest with themselves will often wind up depressed; as they find they can’t escape the low self-esteem that results from seeking high self-esteem.

For how the dilemma of self-esteem is managed by some, see the discussion of the four basic strategies in chapter “Reason Five” that occurs early under section “Becoming”, and also see the discussion on how mystics seek to escape in chapter “Sanity” that occurs about three-fifths of the way down under section “Knowing, Being, And Doing”. Positive self-esteem is always found at the expense of others, just as negative self-esteem is always found at the expense of self. For you to be high, someone must be low.

Unfortunately, the yin and yang symbol is used incorrectly to refer to natures other than thought-knowledge. It has no true meaning when applied to the nonverbal levels. As no dualistic system of philosophy, for example, Zoroastrianism is or can be correct about anything more than information. Such are oversimplifications that do not recognize either the supreme power of God or the uniqueness of His nature, which is quite beyond even a relation to mere dichotomies. Duality requires verbalization and God is ineffable, intangible, invisible, unfathomable, unoriginated, and unalterable.”

“Can a man cling to the positive without any negative in contrast to which it is seen to be positive? If he claims to do so he is a rouge or a madman.” —Chung Tzu

“It is the mark of an educated mind to be able to entertain a thought without accepting it.” —Aristotle

“Whenever you find a man who says he does believe in a real Right and Wrong, you will find the same man going back on this a moment later.” —C. S. Lewis