7 Thinking Errors Derived from the Work of Aaron T. Beck 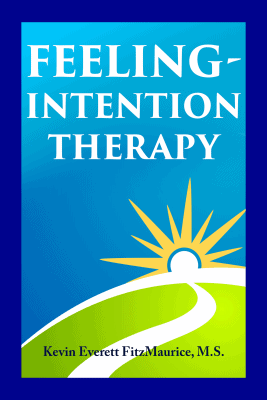 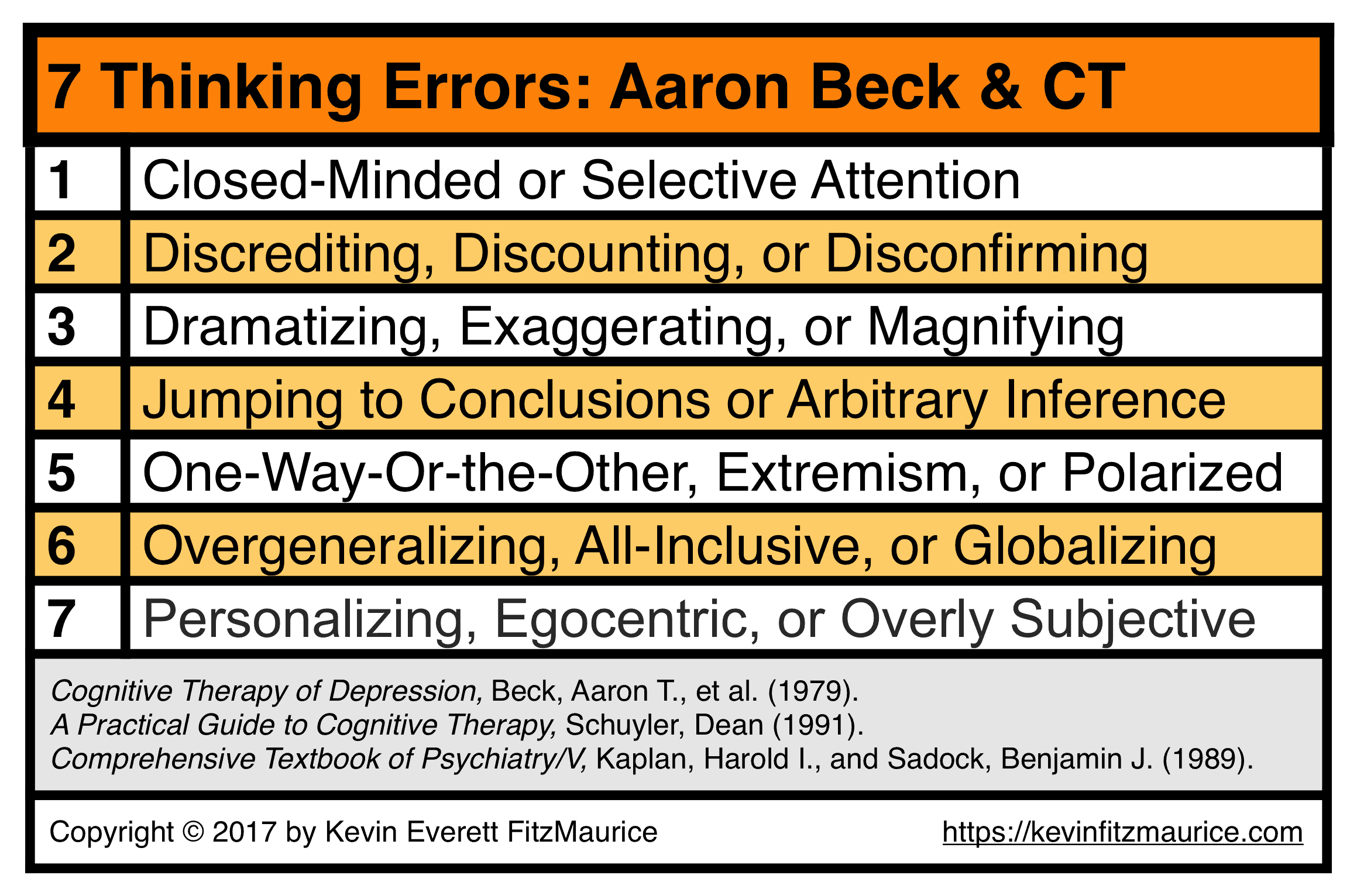 Source of the 7 Thinking Errors

7 ERRORS IN THINKING METHOD BASED ON COGNITIVE THERAPY (CT)

“Nothing is ever about you, because nothing can about you be since you are not things or thoughts. Things and thoughts can be about your ego, self-concepts, and self-images. However, even then, it is your choice to make things and thoughts about your self-esteem or not to take them personally or seriously.” —Kevin Everett FitzMaurice

“All success comes from a combination of implementation and knowledge. Knowledge alone is meaningless without action.” —Brian Koslow

“Did you ever stop to think, and forget to start again?” —A. L. Milne (Winnie the Pooh)

“Few of the many wise apothegms which have been uttered have prevented a single foolish action.” —Thomas B. Macaulay

“I haven’t understood a bar of music in my life, but I have felt it.” —Igor Stravinsky

“I’ll play it first and tell you what it is later.” —Miles Davis

“Imagination and fiction make up more than three-quarters of our real life.” —Simone Weil

“It’s [music composition] the most effortless thing in the world because you don’t do anything. I hate to say it like that, but it’s the truth.” —Michael Jackson

“Living is a form of not being sure, not knowing what’s next or how. The moment you know how, you begin to die a little.” —Agnes de Mille

“Most thinking problems come from crossing, mixing, or trying to make two signals into one.” —Kevin Everett FitzMaurice

“Most thinking problems come from crossing, mixing, or trying to be on two channels at the same time.” —Kevin Everett FitzMaurice

“Nothing is ever about you, because nothing can about you be since you are not things or thoughts. Things and thoughts can be about your ego, self-concepts, and self-images. However, even then, it is your choice to make things and thoughts about your self-esteem or not to take them personally or seriously.” —Kevin Everett FitzMaurice

“Nothing reaches the intellect before making its appearance in the senses.” —Latin proverb

“Often the hands will solve a mystery that the intellect has struggled with in vain.” —Carl G. Jung

“Real knowledge is to know the extent of one’s ignorance.” —Confucius

“Scientist is the term given to the kind of fool who tries to prove matter over mind.” —Kevin Everett FitzMaurice

“Surely love has nothing to do with the mind, it is not the product of the mind; love is entirely independent of calculation, of thought.” —J. Krishnamurti, The Collected Works of J. Krishnamurti, Volume V, p. 99

“The field of consciousness is tiny. It accepts only one problem at a time.” —Antoine de Saint-Exupery

“The world is governed more by appearance than realities so that it is fully as necessary to seem to know something as to know it.” —Daniel Webster

“There are no rules. Just follow your heart.” —Robin Williams

“To think too long about doing a thing often becomes its undoing.” —Eva Young

“We never do anything well until we cease to think about the manner of doing it.” —William Hazlitt, 1778-1830

“What we see depends mainly on what we look for.” —John Lubbock

“You can’t depend on your eyes when your imagination is out of focus.” —Mark Twain

“You cannot think and hit at the same time.” —Yogi Berra