WHAT DO YOU DO When People Ask You No-Win Questions?

STEPS TO TRAP SOMEONE INTO A DOUBLE-BIND 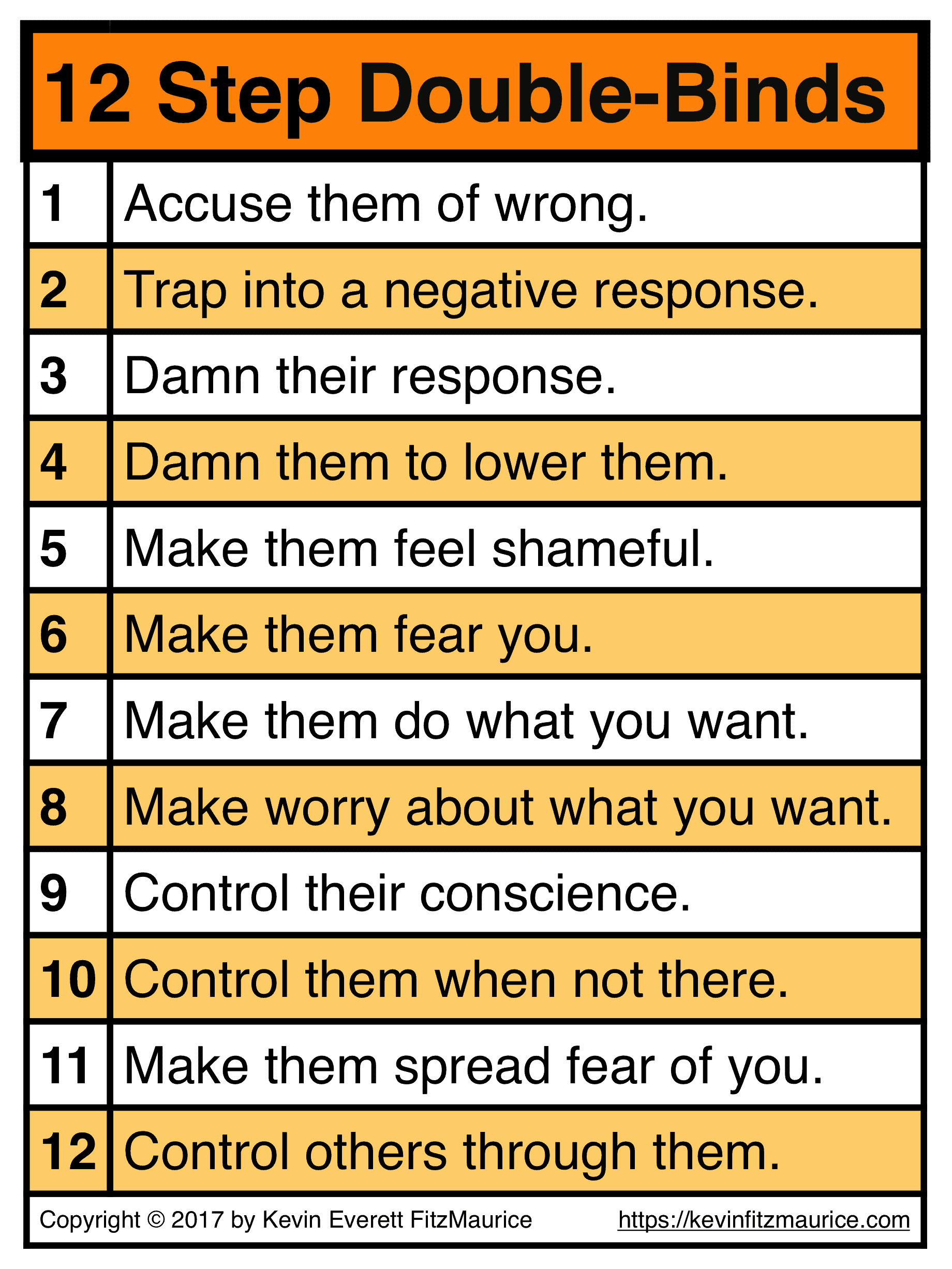 HOW TO AVOID THE TRAPS

Sentence stems you can use to build ready-made responses:

Perform the Role, Don’t Be the Role

2 Books that Will Help

How to Respond to Double-Bind Questions 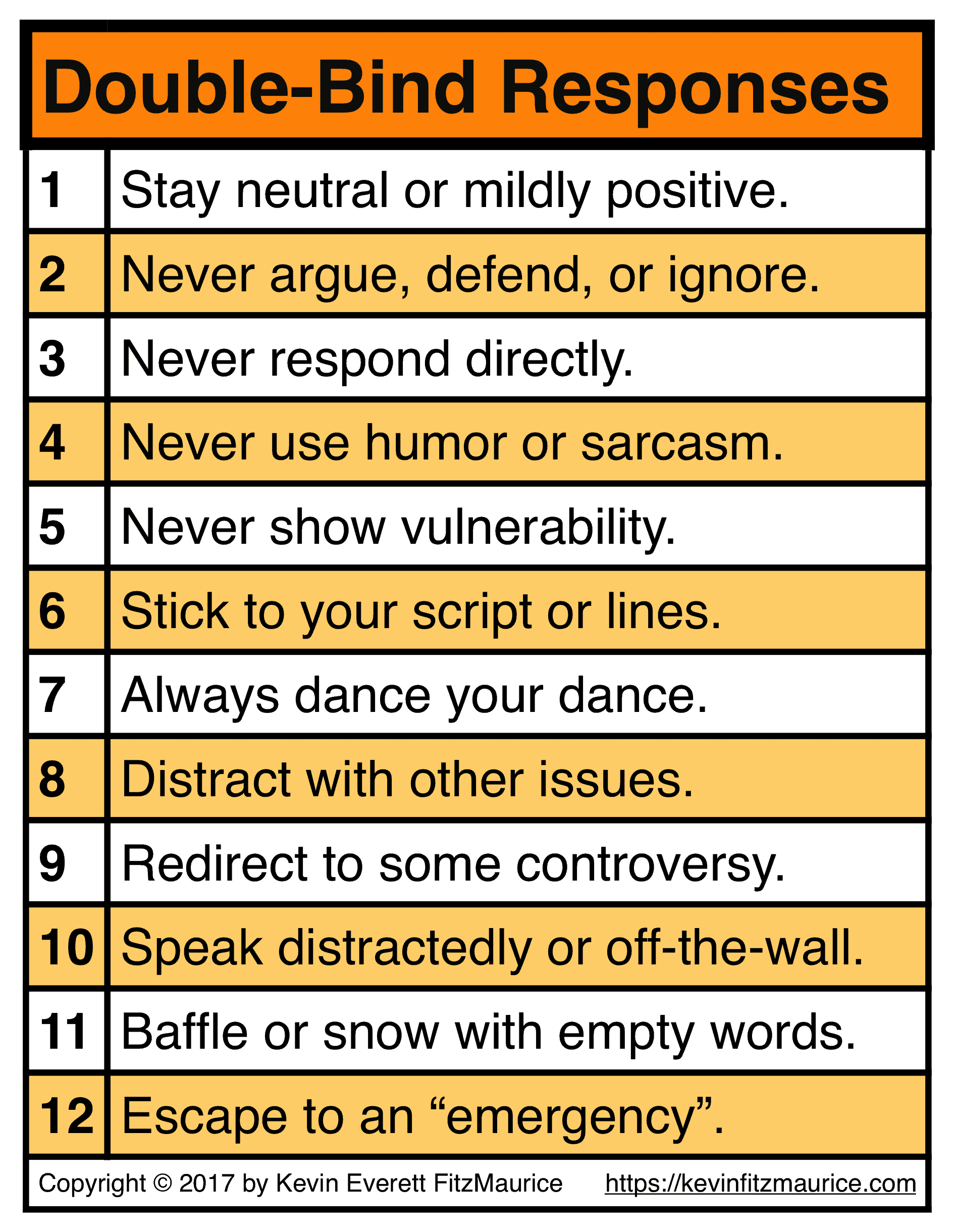 This Page Is About Double Binds in Intimate Relationships

“Against criticism, a man can neither protest nor defend himself; he must act in spite of it, and then it will gradually yield to him.Johann Wolfgang von Goethe (1749-1832)